A new exhibition and BBC One documentary have been announced, in collaboration with Warner Bros and BBC Studios’ Natural History Unit. 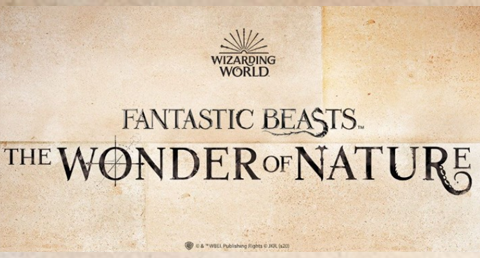 Hosted in the museum’s Waterhouse Gallery, visitors will encounter magical specimens, such as an Erumpent horn and the dragon skull from Professor Lupin’s classroom, next to specimens and historic objects from the museum’s world-leading scientific collection including a tiger and a Galápagos marine iguana.

Spellbinding digital installations and iconic Wizarding World elements from the Fantastic Beasts film series will add an extra touch of magic to the exhibition, while Magizoologist Newt Scamander, who made his first appearance in Fantastic Beasts and Where to Find Them, will help educate visitors as they make their way around.

Clare Matterson CBE, executive director of engagement at the museum, said: “Bringing characters from the Wizarding World together with some of the most fantastic creatures from the natural world will produce a captivating experience that will show how the natural world has inspired legends and stories that have enthralled generations. A spectacular celebration of science and nature packed full of surprises and mesmeric experiences, it will be impossible to leave without wanting to learn more about the wonders of our planet and how we can all better protect it.”

BBC One will also produce a special, one-off documentary presented by Stephen Fry. It will explore the origins and stories of mythical creatures and fantastical beasts, and their history and connections with animals roaming the planet today. Fantastic Beasts: A Natural History will take viewers on a journey from the hidden corridors of the Museum to the frozen steppes of Siberia and secret caves of Madagascar. Footage from the BBC Natural History Unit’s extensive treasure trove of archive content, alongside scenes from the Fantastic Beasts franchise, will show how closely real-world animals, mythological creatures and Wizarding World beasts are intertwined.

The exhibition opens in spring 2020 and will run for seven months before embarking on an international tour. The first release of tickets will go on general sale on Thursday 16th January, with priority access sign up available here. New and existing members of the Natural History Museum will have guaranteed, free entry throughout the exhibition.