The Patrick Star Show is the second SpongeBob spin-off series to be created by Nickelodeon. 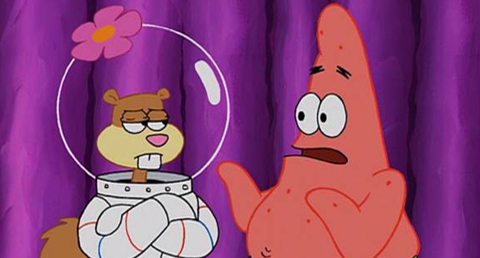 A SpongeBob Squarepants spin-off series centred around SpongeBob’s friend, Patrick Star, is in the works at Nickelodeon. The Patrick Star Show will see Bill Fagerbakke continue to voice the character.

The series will explore Patrick and his family, as the starfish hosts a talk show. Whether other SpongeBob actors will be reprising their characters for this new series is unclear, however sources say it will introduce several new characters voiced by new actors to the SpongeBob universe.

This news marks the second SpongeBob spin-off to hit Nickelodeon, following in the footsteps of Kamp Koral, a CG-animated prequel series which was greenlit over a year ago. That series, which is set to premiere on CBS All Access next year, introduces viewers to SpongeBob at 10 years old during his summer at sleep-away camp.

Last year, it was reported that Nickelodeon was looking into an expansion to the franchise, and was exploring “an original story about SpongeBob and Patrick, or a Sandy Cheeks stand-alone story” among other options.

SpongeBob Squarepants was created by Stephen Hillenburg and is produced by Nickelodeon. Marc Ceccarelli and Vincent Waller serve as co-executive producers.