The award for Europe’s Top Gaining Toy Property of the Year went to Fortnite, by Epic Games. 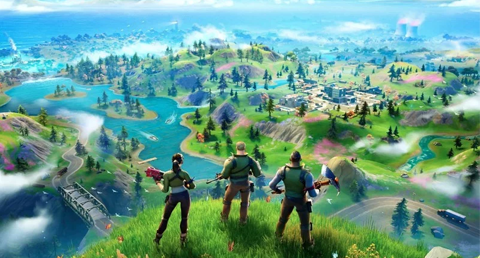 The NPD Group has announced the winners of this year’s Europe Toy Industry Performance Awards, which were shared with the recipients at Spielwarenmesse in Nuremberg. The awards were given to the manufacturers or licence owners of Europe’s top gaining toy properties by category, as well as the top gaining toy property of the year, according to NPD’s Retail Tracking Service.

The award for Europe’s Top Gaining Toy Property of the Year went to Fortnite, by Epic Games.

The winners of the awards for Europe’s Top Gaining Toy Property by Category are as follows:

“Winners of these awards should be commended for their great accomplishments and dedication to excellence in 2019, including their continued commitment to their brands and retail partners,” said François Klipfel, president, Toys, The NPD Group. “Congratulations to all award winners. We wish you continued success in 2020.”

While these awards acknowledge the key driving brands and licences in the European toy market, NPD has also released the Top 5 best-selling properties at retail for the year in Europe.

Europe’s Top Overall Toy Properties of the Year are as follows:

“The top five overall properties in Europe speaks to the staying power of decades-old properties, as well as the openness of consumers to engage with newer ones,” said Frederique Tutt, global toys industry analyst, The NPD Group.