Anne, along with her husband Ian, had been a driving force in the world of music and children’s entertainment for nearly 50 years. 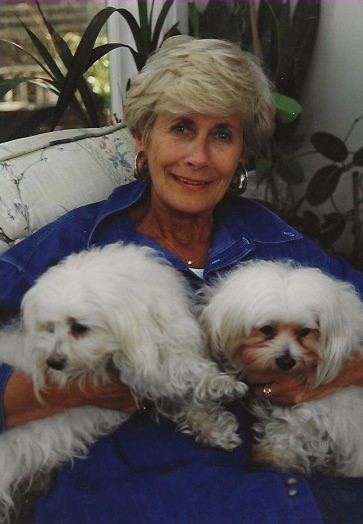 The sad passing of Anne Miles has been announced.

Anne was born in Morecambe, Lancashire, in 1939, and started her career at the Morecambe Visitor reporting on what was known in the trade as ‘hatches, matches & dispatches’ (births, marriages and deaths). After leaving the Morecambe Visitor, she then went to work as head of PR for Mecca on The Miss World Championships.

It was here, in 1972, that Anne met Ian – who was arranging a promotion for Miss World – and together they went on to become a tour de force in the entertainment industry. After successfully running a company selling excess stock for music labels such as EMI, Decca, Pie, CBS and RCA, Anne and Ian bought two record factories and set up their own company called Multiple Sounds Distribution.

Anne and Ian subsequently started one of Britain’s most successful music labels, Warwick Records, in the early 70s. They were pioneers of the music industry and established music labels for both Woolworths and Boots.

In 1989 Anne and Ian changed directions, bringing their experience and expertise to children’s home entertainment by founding Abbey Home Entertainment (AHE). Abbey became producers of top quality children’s programmes with Tempo Video and later both production and distribution with Abbey Home Media. Abbey was the first company to take children’s classic books from authors such as Roald Dahl, Enid Blyton and Michael Bond and produce them on video. Abbey was also the first to sell book and cassette gift packs for children. Abbey had huge success with the Ninja Turtles, My Little Pony, Transformers, Paddington Bear, Peter Rabbit, Horrid Henry, Sooty, In The Night Garden, Mr Men, Fireman Sam, and many more.

In addition to the commercial business, Anne and Ian have also supported many charitable initiatives include BBC Children In Need, NSPCC, Walking With The Wounded, Dogs Trust, Cancer Research and many more.

Anne leaves behind her daughter Francesca, son in law Patrick and grandchildren Sam and Livvie along with her extended work family at Abbey, who will all miss her dearly. A thanksgiving memorial service will be planned when time allows in London.

Emma Evans, former sales & acquisitions director at Abbey Home Media, commented: “I am heartbroken to lose our beloved Anne; she was such an extraordinary lady who led a remarkable life and she was without doubt one of the most kindest individuals I have ever had the privilege to love and to know. Anne’s boundless energy, drive and passion was infectious and inspiring and she will always own a special place in my heart that will be hers alone.”