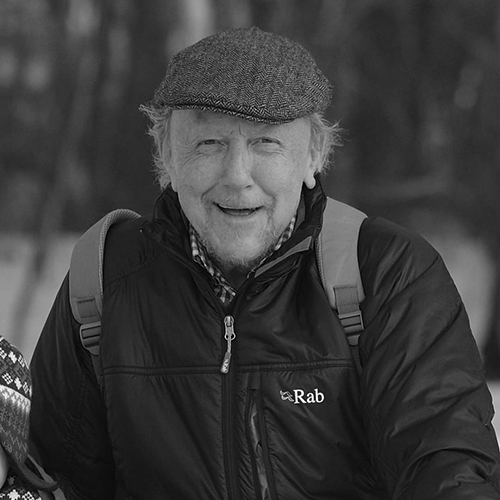 Over his 24 years at Lego, David achieved the accolade of Top Salesman multiple times, winning the coveted Silver Lego Brick trophy with his name engraved.

David will be remembered fondly by customers and colleagues alike, who describe him as full of passion and integrity for his work, with a great sense of humour. He lived for ‘the brick’ and was incredibly proud to work for Lego, taking great pride in what he achieved working for the group. Many of his customers knew him as the ‘Lego Man’.

John Samson, who was David’s boss in the mid 90s, recalled that when he first joined Lego as field sales manager, David was enormously welcoming. “He was a huge character,” said John, “and may well have been the most dedicated brand champion that I encountered in my 10 years in the Lego Group.”

Nicola Bergot worked with David for over 10 years. She commented: “Those colleagues from the late 80s and through the 90s will remember all the pictures of FSDUs, window displays and Lego logos that had to be submitted by the sales team to Harvey Jones at the Wrexham office. David always seemed to have more pictures than anyone else and would talk endlessly about his customers, who he knew inside out.”

Alan Wood, Paul Chilvers and Darrell Shoob all worked with David during his years at Lego and also shared memories of their friend and colleague. Alan recalled ‘late-night refreshments in the pub’ at Earls Court and David launching into a rendition of Wild Rover which caused them all to be removed from the premises. The trio say they will never forget a sales force meeting in Wrexham where, in an attempt to motivate the team, Harvey Jones asked: “Why do you come to work?” David replied: “To kill a day”, much to the amusement of his co-workers.

When faced with redundancy in 1999, David was devasted to find himself not only out of work, but no longer able to represent the company he loved. In customary resilient fashion, he set out in search of a new career and soon moved back into toys, representing and building up a substantial business for Schleich in Northern Ireland before he eventually retired a few years ago.

David has been married to Jennie since 1972, and the couple have three sons: Patrick, David and Jonny, plus nine grandchildren. Toy World would like to express its condolences to the family at this sad time.