Toy World is sad to report the passing of Ken Andrew, owner of Hal Whittaker’s toy shop in Knutsford and known locally as Mr Toy Shop. 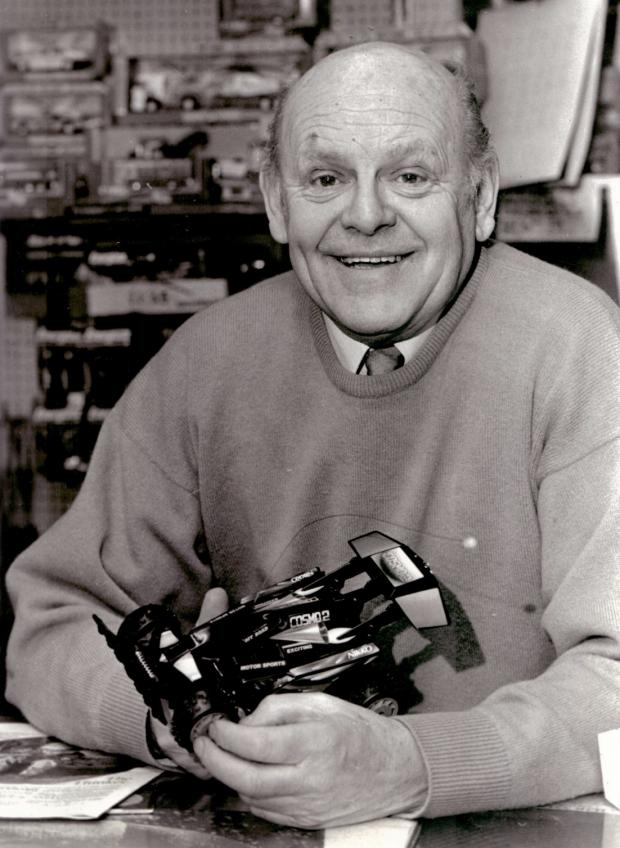 Ken passed away at the age of 96, on July 21st. He first bought his premises, a former photography shop, in 1969, and soon established a successful local toy business, known as Hal Whittaker. The store became popular with the local community thanks to innovations – at the time – such as the introduction of a range of fireworks and the launch of a Christmas Club. Ken’s daughter, Julie, explained that this was a development which was warmly embraced by the toy shop’s customers. “It was quite innovative,” she said. “Families welcomed being able to put money away each week to spend on kids at Christmas.”

Julie added that her father was passionate about doing the very best of everything in his toy shop. Ken used to travel to toy fairs in London, Harrogate and Brighton to source stock for his store, and his family said he became expert at spotting ‘the next big thing’. “We were popular at school as we always had the latest craze in toys – as an experiment,” added Julie. Ken’s love of amateur dramatics meant he often put on puppet shows for kids, which were very popular.

Ken’s son Stuart took over the family business in the early 80s, but confided that it was hard for his dad to let go. “He still wanted to be in the shop all day every day,” said Stuart. “He knew all the customers personally.” Stuart says he learned a lot from his father. “I try to make sure everything he used to do still stands. His old fashioned core values were instilled in all of us. He truly believed that every child should have the memory of a toy shop rather than the faceless world of going online.”

Stuart added: “In an increasingly difficult market place I still try to keep the shop true to its roots with a traditional feel coupled with the values and service he instilled into me – RIP Dad, your legacy continues.”

In Knutsford, Ken Andrew has been hailed as a ‘true ambassador of the town’ by customers recalling their treasured childhood memories. His family told the Knutsford Guardian it has been overwhelmed by fond memories shared by the local community. Julie said: “Everyone describes him as a warm, kind and generous man with a fabulous sense of humour.”

Ken’s funeral will take place on Monday, August 1st, at 10.30am at Birches Crematorium,Northwich.

Toy World would like to add its condolences to Ken’s wife, Marjorie, to Julie, Stuart, grandchildren Olivia and Josh, and everyone who knew him.