Paul Cassidy, chairman of Casdon, has sadly passed away following a short illness. 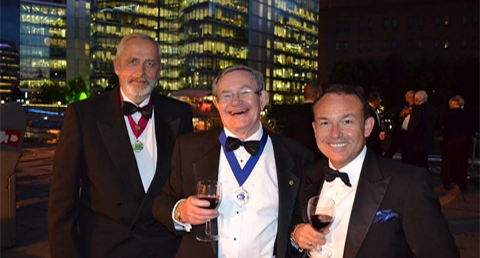 Clive Jones, honorary secretary at The Fence Club, has written the following words about his friend and colleague:

“I am very sorry to inform you that Paul Cassidy passed away on 6th January after a short illness battling cancer.

Paul was a toy man through and through. He loved everything about the toy trade. He enjoyed working with customers, developing new products and ideas and was even thinking about the business a few weeks ago, when he knew he was very unwell.

Paul was one of the nicest and most genuine people in the toy industry. He was well travelled, having visited all the corners of Europe, Australia the USA and Japan to help open new markets and develop new product for Casdon. He always enjoyed trade fairs and meeting up with customers and competitors, many of whom became very good friends.

Paul joined the family firm of Cassidy Brothers created by his father Tom and his uncle Joe in 1963, aged 16. He began his career as a tool maker at the Marton Tool Company a subsidiary of Cassidy Brothers. This was a skill Paul retained throughout his career, his knowledge of production techniques was second to none.

From 1970 to 1972, Paul a was tool maker at Jo Stamm KG in West Germany. Whilst there, he learned to speak German very well and particularly enjoyed speaking the language when he attended the Nuremberg Toy fair, which he liked to do most years.

In 1972 Paul returned to Cassidy brothers and steadily climbed the ladder to the board room. He was managing director for many years and chairman for the last 20 years, following in his fathers footsteps. Cassidy Brothers became a public company in the late 1980s, and a few years ago Paul took it private again.

For many years, the Cassidy Brothers manufactured its own product at the Blackpool site. The offices are still there today, after over 50 years. Paul led the drive to move production to China in the 1990s. This was a very difficult decision for him and his family to take as it inevitably impacted many local families that the Cassidy family knew very well and had worked for the company often for a number of years. This opportunity however meant that the company could sell its product on an FOB basis from China to many countries across the world, and this is now a very important part of the Casdon business.

Paul joined the BTHA Council in 1999 and was a director until a few years ago. He didn’t miss many meetings, although this meant he had to spend most of his day on trains travelling between Blackpool and London.

Paul was also a director of the Harrogate Fair which is held every January. He joined the board in 1996 and was actually the current chairman, a role he had fulfilled on several occasions. 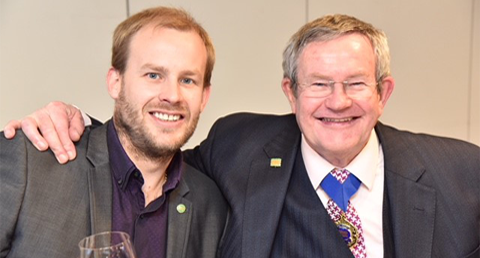 Paul joined the Fence Club in 1987, the year that his father Tom was chairman. It was Tom who first introduced the legendary military marching band to the Fence Club’s Christmas Ball. He was chairman himself in 1999-2000 and a committee member for 15 years. Paul was the club’s treasurer for 10 years and was responsible for obtaining charitable status for the club in December 1998. The Fence Club meant a great deal to Paul and he was very proud to become an honorary member in November 2015.

Paul had an enviable attendance record at Fence Club functions even when he became a Wall member, particularly impressive as most of the functions are in the South and Paul lived in the North West. He hardly missed a Christmas Ball for over 40 years and was often there at the very end of the evening enjoying himself with Lynda, not wanting the night to end.

Our thoughts at this very sad time are very much with Paul’s wife Lynda, their children, Jane, Phillip and Peter and their 10 grandchildren.

So that catering can be arranged at the hotel, anyone wishing to pay their repects should email Peter@casdon.com