The well-known independent retailer and former chairman of the BATR has passed away. 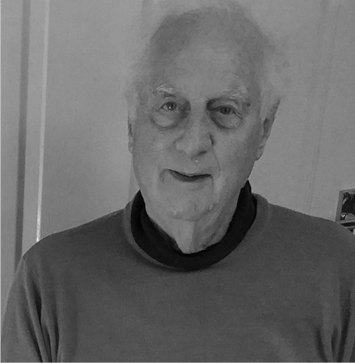 Philip was born in Ashburton, Devon in 1930. It was in the summer of 1940, watching RAF Spitfires and Hurricanes engaged in ariel dogfights with the Luftwaffe for the Battle of Britain, that his interest in flying was sparked. He completed his National Service in the RAF and decided to stay and train as a pilot, eventually joining Bomber Command.

During his 25-year career in the RAF, he flew a wide range of planes which included co-piloting a Canberra in the first raid on the Suez Canal and the Vulcan, often with Nuclear armed missiles. The last jet plane he flew was Concorde, prior to it going into service. In 1975 he took retirement from the RAF.

In the same year he and his wife Helen purchased an investment property in Thame which had been a family run cycle business. They were persuaded not to close the cycle shop and decided to run it themselves. At the same time, Helen came up with the idea of introducing toys and The Pied Pedaller was born.

Toys quickly outperformed cycles and after 18 months, the store moved to a renovated former town cinema with two floors. Originally, the first floor was used for storage, but within five or six years both floors were retail space and with over 5000 sq ft, the Pied Pedaller was one of the largest independent toy shops in the country.

Supported by the advice of experienced toy people, such as Paul Caspari of Robenau Toys, the Pied Pedaller joined the Andover based toy buying group, Concorde. Philip was a director of the group for several years before leaving to join Toymaster for a few years, before switching to Youngsters, with whom the business stayed.

Philip also joined the committee of the National Association of Toy Retailers (NATR), now the BATR, for which he was chairmen for five years.

According to Philip’s son Mark: “This was a particularly challenging time for the toy industry and the independent sector in particular, and Philip took his position as chair very seriously. It would be fair to say that he had a significant impact how the association was structured and succeeded over the following decades.”

Philip’s chairman’s speech at the annual BATR Toy Fair dinner was always a not to be missed occasion, and often controversial. He also took great pleasure in writing a monthly article in the toy trade press for several years.

In 1995, the business moved into outlet retailing, opening in Bicester Village and then rolling out into a dozen other outlet centres across southern England and Wales, under the Toyzone Banner.

Philip retired from the business in 2004 and in the following years authored a book, titled ‘My target was Leningrad’, covering his years in the RAF and the Cold War strategy.

He is survived by his wife Helen and children, Amanda and Mark and grandson Jamie. Our thoughts are with Philip’s family at this sad time.