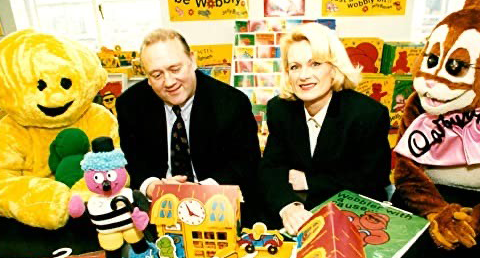 It is with much sadness that we report the passing of Wilf Shorrocks .

Wilf spent most of his working life in the toy industry, including stints at Dumbee Combex Marx, Hornby, Triang Toys and Pedigree Dolls & Toys. Wilf, who had previously been in the Royal Navy, achieved salesman of the year for Sindy sales at least twice before leaving the company to set up on his own.

In the early 1980s, he established Acamas Toys, where he worked with friend and colleague Kim Carter. After that, Wilf launched a licensing company, Just Licensing, which developed two leading children’s brands, Butt Ugly Martians and Jellikins. Wilf was also responsible for the extremely popular Puppy in My Pocket brand.

After Just Licensing was dissolved, Wilf retired from the toys business and became interested in buying antique items.

Former colleague Malcom Evans told Toy World: “Wilf was a flamboyant and fun loving character; I had a great fondness for him. I last saw him at the Brand Licensing exhibition in London in October 2016, he hadn’t really changed. Wilf had many friends in the toy and entertainment business. He was one of the industry’s characters who will be remembered for his happiness and positive attitude.”

Our thoughts are  with Wilf’s wife Paula and his friends and family at this sad time.