Oh what a night! The Fence Club Christmas Ball 2021

Over £25,000 was raised on the night, which will be distributed to the many children’s charities that the Fence Club supports. 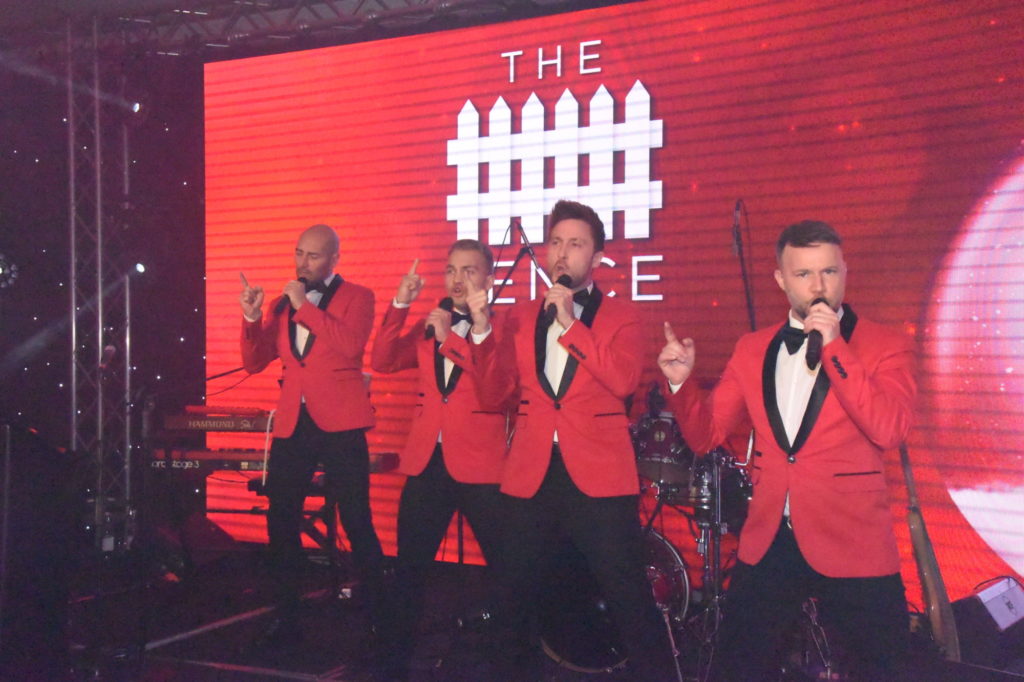 The festive season got into full swing on Saturday 4th December with the return of the much loved Fence Club Christmas Party after an enforced absence due to the pandemic.

The return of this key social event in the toy industry calendar was eagerly welcomed and proved to be a great success, with the night being enjoyed by members and their guests from both sides of the “fence”.

Once again, the ball was held at The Marriot Hotel, Grosvenor Square in London. A spokesperson from The Fence Club commented: “It was fantastic to give everyone the chance to glam up and let their hair down – following government Covid guidelines of course – something we all need to do after the events of the past couple of years.”

The entertainment included a magician and a tribute to the Jersey Boys, which had everyone on the dance floor. The night also marked the start of Character Option’s David Bramford’s year as chair of the club and was very much enjoyed by him and over 40 other Fence Club members and their guests, all living up to the club’s motto to “Strive Mightily, but Eat and Drink as Friends.”

Everyone heard about the work The Fence Club does in supporting children’s charities, thanks to speeches and an inspiring video that was screened at the event. As a registered charity, the organisation prides itself on holding events that raise monies for under privileged and less fortunate children from all walks of life, to help these children have better lives in any way possible.

The club was delighted to raise over £25,000 on the night through the raffle and auction. Over the next few months this will be distributed to the many children’s charities that the Fence Club regularly supports.

“A big thank you to everyone who contributed to the success of the evening and those who generously donated to our charity,” added the Fence Club comittee.

Anyone who wishes to make a donation to further support the children’s charities can do so here: https://www.justgiving.com/fenceclub

The next Fence Club party will be held during the London Toy Fair on January 26th 2022, at the Sheraton Grand Park Lane, Piccadilly, London, W1J 7BX. Social secretary Ian Dayus will shortly be sending details of the party to all Fence Club members.