OnBuy is encouraging the British public to support independent retailers this Black Friday and beyond. 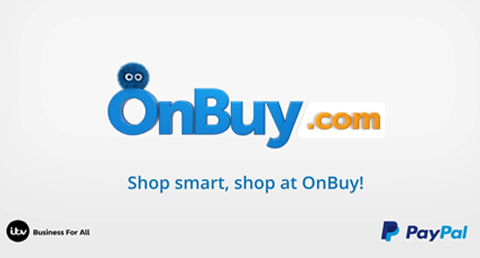 OnBuy.com has launched a major national TV advertising campaign with ITV to increase awareness with consumers ahead of its Black Friday sale and the busy Christmas period.

The online marketplace has invested £1m into the campaign that aired for the first time on ITV on Monday 23rd November, just before 7:30pm.

Cas Paton, founder and CEO of OnBuy, said: “We invested in this wide-scale TV campaign to increase consumer awareness and support the retailers that sell through our marketplace. We’ve seen a record surge in the number of businesses joining us since Covid-19 hit and we know that this year has been difficult, especially for small to medium retailers. We planned to launch our TV campaign in 2021, but we brought it forward to give our retailers an extra boost for the festive season.”

The advertising campaign, which will be seen by more than 44m people, appeals to the audience to “Shop smart, shop at OnBuy”. The ad highlights the site’s range of an impressive 30m products from consumers’ favourite brands, along with demonstrating robust levels of consumer trust in the brand via its impressive 4.6/5 review score on Trustpilot.

The advert features a blue, fluffy character and a range of popular products from the marketplace’s vast catalogue are shown, including headphones, board games, smart watches, toys, hoverboards, furniture and perfume. Viewers will see several different funny endings to the ad. To celebrate the advert launch, OnBuy is running a competition to name the cute character across its Facebook, Twitter and Instagram pages with a prize of £1,000 to spend at OnBuy.

The launch of OnBuy’s TV campaign comes as the marketplace saw a record-breaking week in November, increasing sales by over 800% compared to the same period the year before. These figures are hot on the heels of the company’s announcement of a major expansion plan, seeing it opening its second UK office in Manchester early next year.

OnBuy’s globalisation plans are also well underway with new country-specific websites launching in 42 countries by the end of this year. OnBuy plans to be fully operational in over 140 countries by 2023, allowing businesses to sell to a targeted global audience. The company will recruit over 100 people in the UK in the next two years to support this expansion.

The advert will be aired across all main ITV channels, including ITV1, ITV2, ITV3, ITVBe and on demand with ITVHub until 7th December 2020.