One Animation partners with Argos for exclusive Oddbods range

The deal will see the launch of an exclusive product range for the CG-animated series spanning plush, dress-up and and apparel. 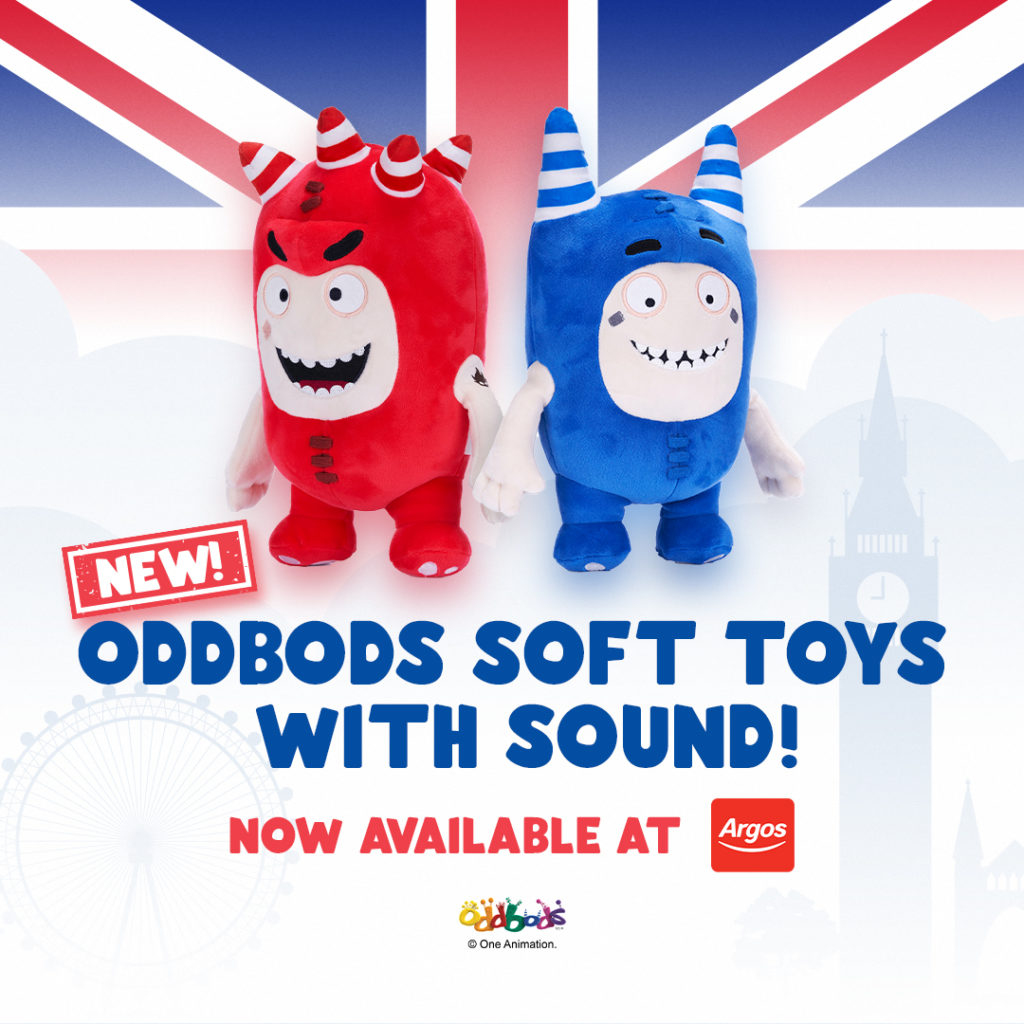 An exclusive range of merchandise for One Animation’s hit series Oddbods is to launch in Argos and Sainsbury’s, including plush toys from Posh Paws and dress-up costumes from Rubies.

The deal starts this month with the range being sold both in-store and online.

The phased Oddbods range roll-out will be kicked off with the launch of Pogo and Fuse plush from Posh Paws. This will be followed by kids’ pyjamas from Misirli, featuring all the Oddbods characters and Pogo and Fuse dress-up costumes from Rubies by October. One Animation will support the partnership with a social media and influencer campaign.

Sashim Parmanand, CEO at One Animation, said: “This deal with Argos marks a significant milestone in our UK strategy for Oddbods, as we launch the brand into one of the leading retailers in the country and make Oddbods merchandise even more accessible for local fans. This is just the start of our exciting partnership with Argos, as customers will also be treated to additional online experiences and activations this October – watch this space.”