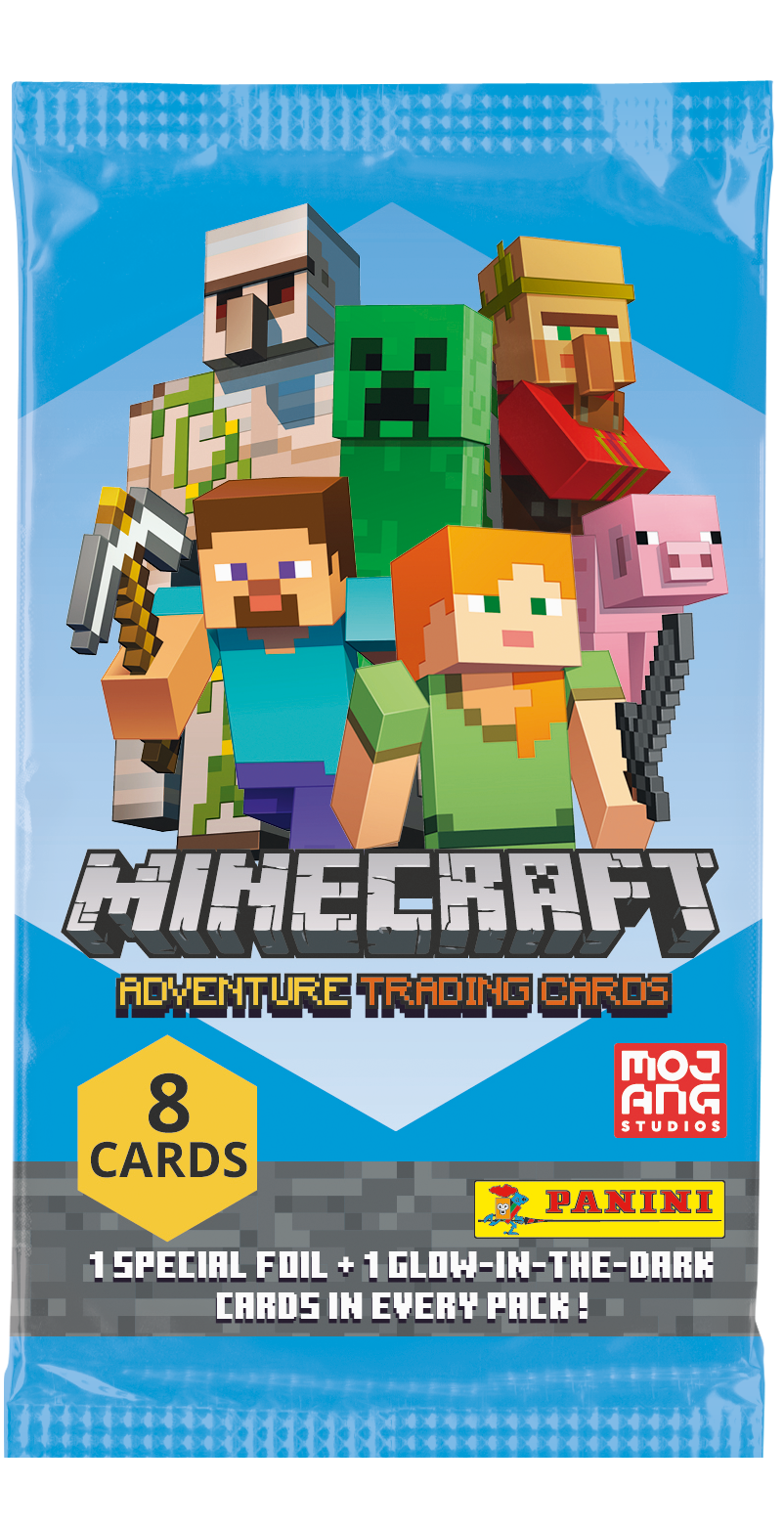 The brand-new Minecraft Adventure Trading Card Collection by Panini is now on sale and sure to be a hit with fans of the popular game.

Minecraft is an open-ended, block-building sandbox game where players can explore their own unique world and create almost anything they can imagine. With over 126m people playing Minecraft every month and over 200m copies sold worldwide, Minecraft is the bestselling video game in history.

The collection of 230 cards includes special glow in the dark, shiny and 3D cards as well as plenty of cards featuring favourite characters, universes, weapons and tools.