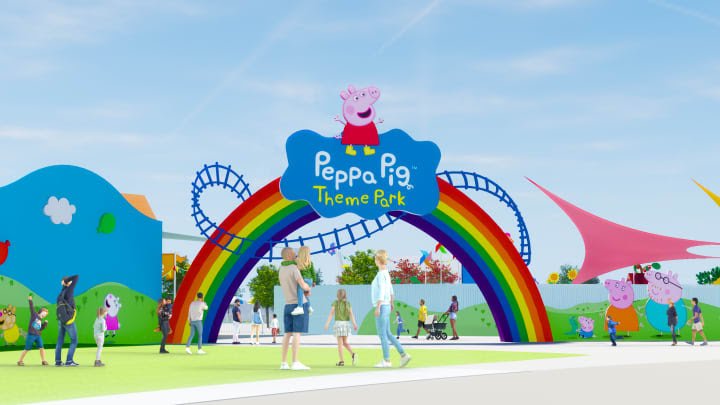 Hasbro has announced that it has partnered with Merlin Entertainments to create a Peppa Pig theme park at the Legoland Florida Resort. The park is expected to open in 2022. The move comes as Hasbro evolves its burgeoning pre-school portfiolio which now includes poular eOne charcters Peppa and PJ Masks, as well as newly developed properties.

As well as a number of rides, interactive attractions, themed playscapes and water play areas, the stand-alone park will also feature live shows and meet and greets with Peppa and her friends for guests to enjoy.

Hasbro is expected to provide more details about the rides and attractions within the park later this summer. The company has already confirmed that the park will be separately ticketed from Legoland and open year-round. The theme park will have annual passes available as well as inclusive passes that grant admission to Legoland’s theme park and water park, as well as other regional attractions from Merlin Entertainments.

Hasbro acquired eOne in a deal worth $3.8b in 2019, bringing Peppa Pig under an umbrella of brands that includes Transformers, Power Rangers and Monopoly, as well as adding other prominent pre-school franchises like PJ Masks and Ricky Zoom. 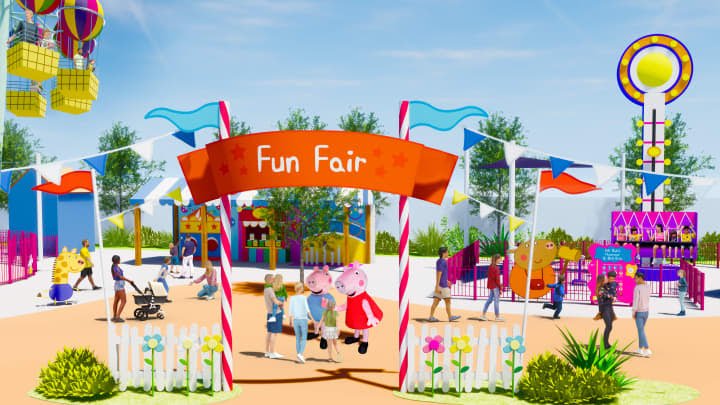 Through the acquisition of eOne, Hasbro will also create new properties, such as the recently announced Kiya, a new pre-school superhero series that will launch in 2023 across linear and streaming platforms including Disney Jr., Disney + globally, and France Télévisions.

Peppa Pig is one of eOne’s most notable properties; it was the top-streamed kids show last year and is Hasbro’s No.1 licensed franchise.

Hasbro has just revealed details of the first toy lines based on the popular eOne brand,  the first Hasbro toys inspired by Peppa Pig following Hasbro’s acquisition of eOne. A range of PJ Masks toys has also been unveiled.