Plans for £3.8b takeover of Poundland’s parent company under consideration

Advent International, Hellman & Friedman and Mid Europa Partners have teamed up to bid for Pepco Group. 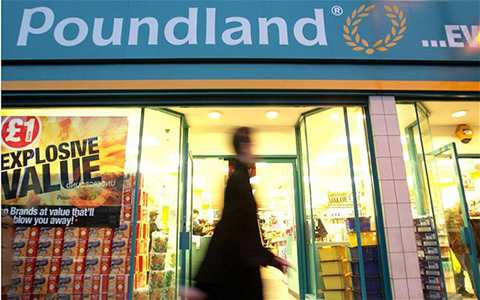 Advent International, which offloaded Poundland for £200m a decade ago, has teamed up with Hellman & Friedman and Mid Europa Partners to prepare a bid for Poundland’s parent company, Pepco Group, that could value it at more than £3.8b.

Sources have said the consortium was being advised by bankers at Rothschild on its prospective offer for the giant European retail group. The group comprising Advent, H&F and Mid Europa is not certain to make a formal offer but is understood to be serious about its interest in Pepco.

The retailer, which trades under the brands Pepco and Dealz in more than a dozen Eastern European countries, has a total of 2,700 stores. Employing more than 33,000 people, the company has set a target of reaching 4,000 outlets as it seeks to become Europe’s biggest discount variety retailer.

The group is run by Andy Bond, former Asda chief executive, and has said it plans to open up to 300 shops annually, predominantly under the Pepco brand.

Andy said last year that renaming the company was an important step towards building greater recognition for its flagship brand. He added that earnings for the year were expected to rise by nearly 20%.

Interest from the Advent-led consortium in a takeover of Pepco Group establishes a credible alternative to an initial public offering, which Steinhoff International, the current owner, has been exploring for several months.

Steinhoff recently appointed Numis Securities to work alongside Goldman Sachs and JP Morgan on a listing, with London and Warsaw the likely locations if it goes public. If it does decide to float, it would mark a return to the equity markets for Poundland, which was taken private by Steinhoff in July 2016 in a deal worth just over £600m.

Partners Group, another private equity firm, is also reportedly considering a bid for Pepco, although it would be unlikely to try to acquire the whole company by itself.

A source close to the process said on Monday that no final decision had been made by Steinhoff. They added that bids of between €4.5b and €5b were likely to be necessary to persuade Steinhoff to abandon an IPO.