The collection includes the iconic Mystery Machine from the popular franchise. 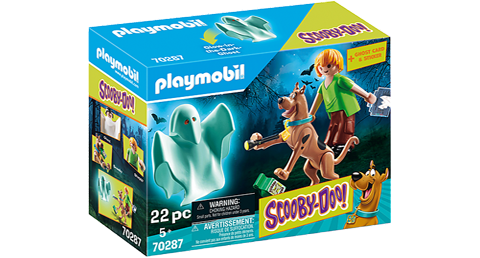 For more than 50 years, Scooby-Doo and the four teen detectives of Mystery Inc. have been delighting an audience of millions. With two cinema sequels, an animation series and numerous video and mobile games, the four detectives and Scooby are now also available as detailed Playmobil play sets.

Playmobil has released the iconic Mystery Machine from the popular franchise. The Mystery Inc vehicle includes Fred, Daphne and Velma and in the back of the vehicle is a ghost card reader, which can be used to identify ghosts from the cards that come with each Scooby-Doo set. The team wouldn’t be complete without Scooby-Doo and his best pal Shaggy who come in their own set, which also includes a ghost to unmask.

For collectible fans, twelve classic ghost characters are available to collect in the Surprise bags, each of which includes a ghost to build, complete with accessories. The ghosts can be unmasked to reveal a dastardly criminal and each bag includes a ghost card which can be used in conjunction with the Mystery Machine, as well as  stickers for kids to collect and display on their very own sticker poster; available from stores and from Playmobil direct.

In August the next play set series will follow, combining more fun for Scooby-Doo and Playmobil fans alike.

Click here to find out more about the range.