New series, Dino Rise – The Legend of Dino Rock is set to arouse enthusiasm for the new Playmobil play sets, available from the end of May. 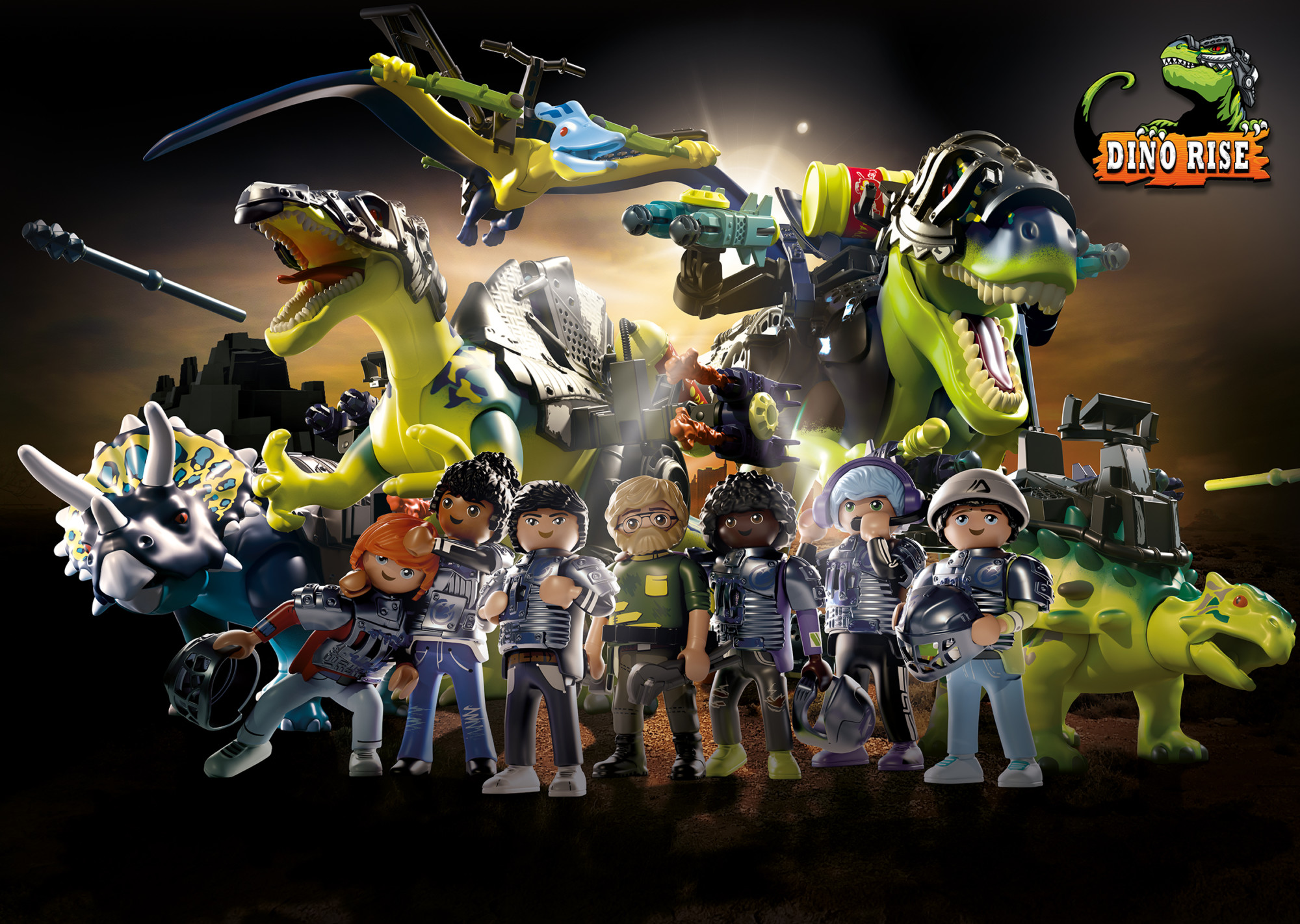 First teased in March this year, Playmobil has now confirmed the launch of its exciting and innovative dino adventure, with the new Dino Rise play world set to be launched at the end of May. In the run up to the release of the toy range, an accompanying series, Dino Rise – The Legend of Dino Rock, will engage fans of the prehistoric giants. The series commenced on May 2nd.

The action-packed episodes of Dino Rise introduce the story and characters of the new play world, where a group of young friends and their brave leader Ian get together at Uncle Rob’s junkyard in Texas. They learn that the shady Comet Corporation is about to destroy the legendary Dino Rock in search of valuable resources and vow to prevent this happening. Along the way, the friends encounter T-Rex and friends, the powerful keepers of Dino Rock, and join forces with them against the Comet Corp. and its evil, human-controlled machines. The dinos become helpers and companions as the friends work to protect, defend and save their world. However, Ian doesn’t know that, according to legend, he is the Chosen One and holds the key to a hidden world. His heroic journey unfolds over seven exciting episodes.

With this captivating storytelling, the new Playmobil series is set to arouse enthusiasm for the new collection of play sets, which will be available from the end of May. A comprehensive advertising package, including TV commercials and campaigns in print/online media and on social media, will accompany the launch of Dino Rise. In retail trade, the exciting new packaging concept and uniquely presented product carriers and displays have been produced to capture the attention of dino fans and all those who want to become one.