The agreement covers Brawl Stars and Gang Beasts and means Sinco, which already represents Among Us, will further strengthen its position in Gaming Collectibles. 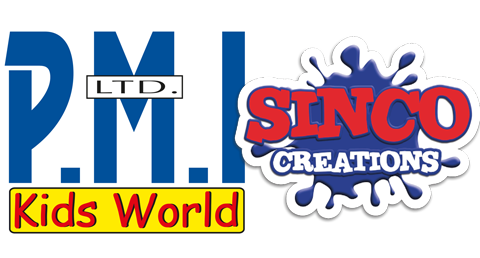 PMI has appointed Sinco Toys as its exclusive Gaming Collectibles distributor in the UK & Ireland for its upcoming Brawl Stars and Gang Beasts releases in 2022.

PMI and Sinco successfully worked together on the launch of Among Us last year and have now further cemented their relationship with an agreement to launch the master toy portfolios for the two new and exciting gaming-driven properties.

Omer Dekel, VP sales at PMI, commented: “We are delighted to be partnering with Sinco, which has done a fantastic job in launching the Among Us brand in the UK market. We believe its will replicate the success with both Brawl Stars and Gang Beasts.”

Marc Sivner, co-owner at Sinco Toys, added: “We are excited by the opportunity to work with these fantastic licences and also to be working again with such an on- trend company as PMI. Together with Among Us, this affords us the unique position of representing three major gaming IPs in the UK market.”

Gang Beasts is a multi-player game developed by award winning studio Boneloaf and is the second major gaming IP for London-based entertainment company Toikido, who managed the huge success of Among Us. Brawl Stars, meanwhile, is a mobile game from Supercell that has become a global hit with 300m downloads in over 164 countries, boasting a huge worldwide fan base globally.

Both of these two new master toy properties are due to launch in the UK from July 2022.