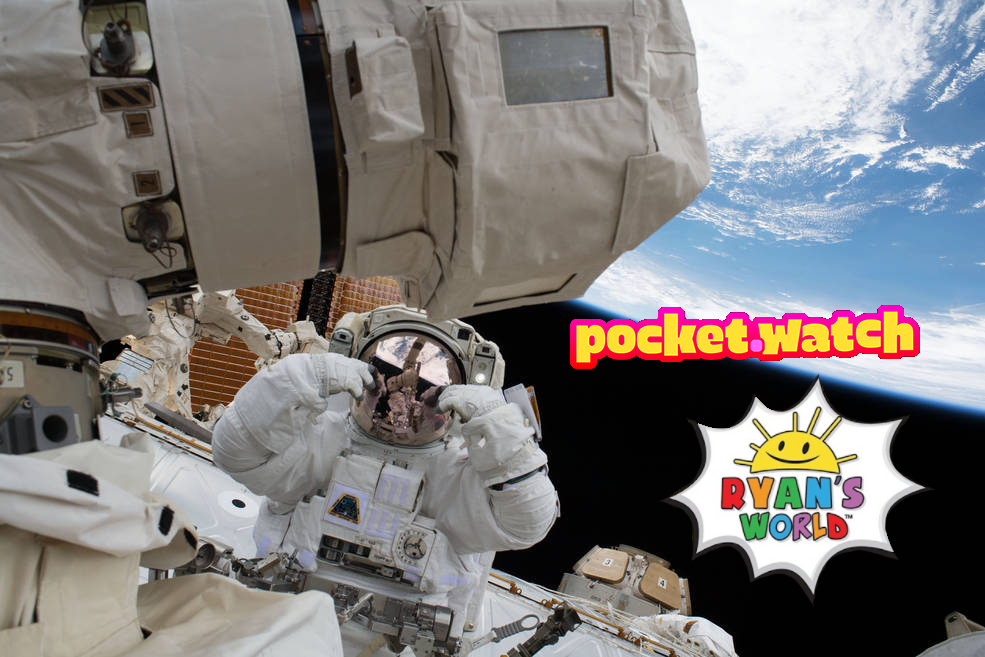 Premier kids and family entertainment company, Pocket.watch, and its franchise partner, Ryan’s World, have announced an in-flight downlink opportunity with NASA aimed at getting the next generation of young learners excited about STEM education and space exploration.

“Becoming a YouTuber today is as popular as becoming an astronaut was for previous generations,” explained Kerry Tucker, chief marketing and franchise officer of Pocket.watch, speaking of the unique opportunity.

“Educational videos, including science experiments and history lessons, are a huge part of the content we produce for the Ryan’s World YouTube channel, so we’re excited for this opportunity of a lifetime with NASA to deliver more fun learning content that kids can look forward to,” said Shion Kaji, Ryan’s father and founder of the family’s production company Sunlight Entertainment. “We know a lot of kids look up to Ryan, so continuing to provide videos that spark new interest means so much to us.”

The interview with Megan McArthur, the pilot of NASA’s Crew-2 mission to the space station and Akihiko Hoshide, the third Japanese astronaut to walk in space, is designed to inspire the Artemis Generation. The current generation of children has been so deemed by NASA as that which will witness and be a part of the first woman and the first person of colour exploring the lunar south pole as part of the Artemis programme. As the space agency readies its programme, Pocket.watch and the Kaji family hope that the event will promote an interest in space exploration and technology among children in Ryan’s generation.

“We recognize Pocket.watch and Ryan’s World’s unique position to promote interest in science, technology and space exploration through this invaluable opportunity with NASA,” added Kerry Tucker. “We look forward to reigniting careers in STEM as NASA heads back to the moon and eventual journey outward to Mars.”