Spacetoon will handle the rights to toys and products into the MENA market, in a deal which also includes broadcasting rights for Love, Diana content in the region. 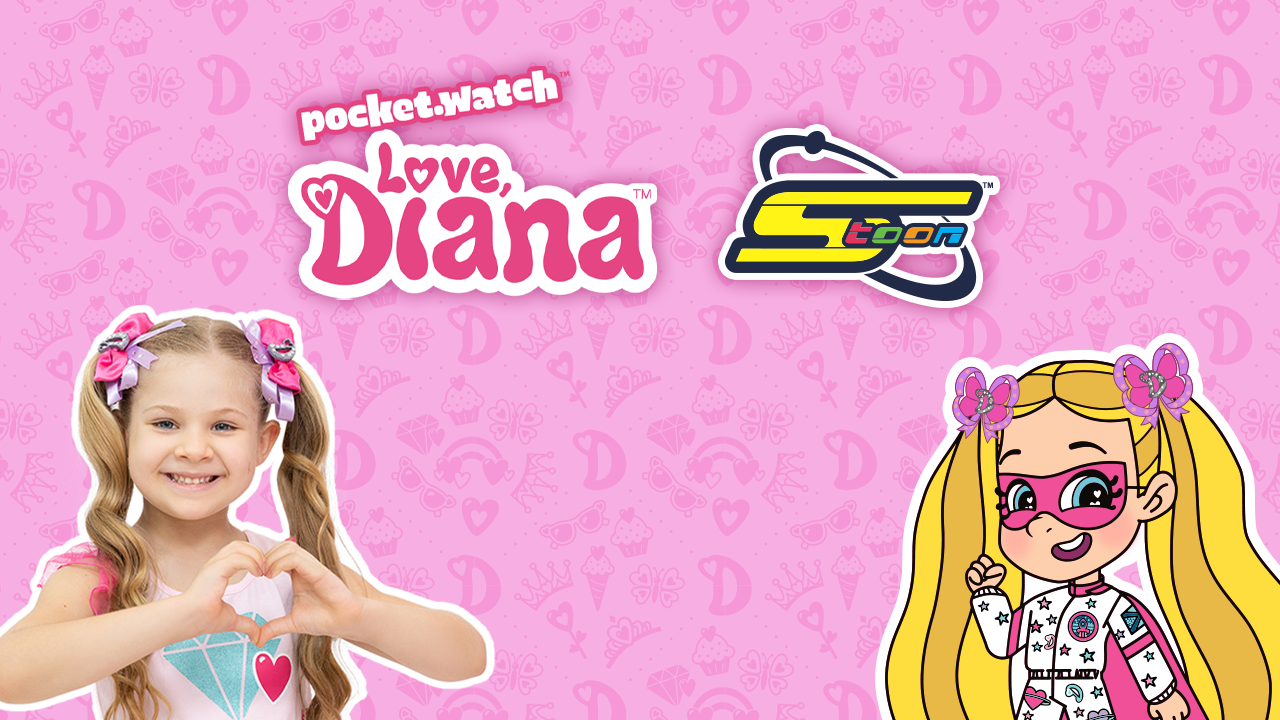 Spacetoon, the family edutainment content producer, provider and broadcaster, has signed a licensing deal with pocket.watch as master consumer product licensing agent in the MENA territory for the Love, Diana brand.

Ahmad Weiss, commercial director, Spacetoon, commented: “We are thrilled to announce this collaboration with pocket.watch, to bring top-rated, family and kid-friendly content to the region, along with opening the doors for new merchandise related to the Love, Diana brand.”

As the CP licensing agent in the territory, Spacetoon will oversee the launch of new toys and consumer products. In addition, Spacetoon has also secured the rights to localise, dub and broadcast two of the most successful shows for Diana, across Spacetoon free-to-air TV channel and Spacetoon GO online streaming service.

This will include Love, Diana Adventures, where Diana is transformed from live action into an animated Princess of Play and defends the Land of Play from Boris the Baron of Boredom and his minions of the mundane. The show’s first episode gained over 10m views globally in just five days. The rights will also cover Kids Diana Show Ultimate Mishmash, highlights from the Love Diana Show YouTube channel starring Diana and her brother, Roma.

Ahmad Weiss added: “Love, Diana is very popular amongst families around the world and the MENA region is no exception. People love this show for being adventurous and taking edutainment content to the next level. We are always open to this type of opportunity that results in bringing purposeful, values-based content and products to Arab families and presenting it in a unique way.”

“Pocket.watch is thrilled to enter into this licensing opportunity with Spacetoon to expand the Love, Diana Franchise in the Middle East,” added Danny Spronz, managing director, EMEA, pocket.watch. “The Spacetoon audience, coupled with Spacetoon’s licensing capabilities will be critical to accelerating the Love, Diana brand and continuing to deliver fun and inspiration to young audiences within the region.”

Look out for an exclusive interview with pocket.watch MD, Danny Spronz, in the upcoming May issue of Toy World. This issue will have a licensing focus, and there is just time for any Love Diana licensees that wish to get involved to do so by contacting john@toyworldmag.co.uk.