The iconic Pog cardboard coins are back in the form of Pog NFTs so that anyone can collect, trade and play online. 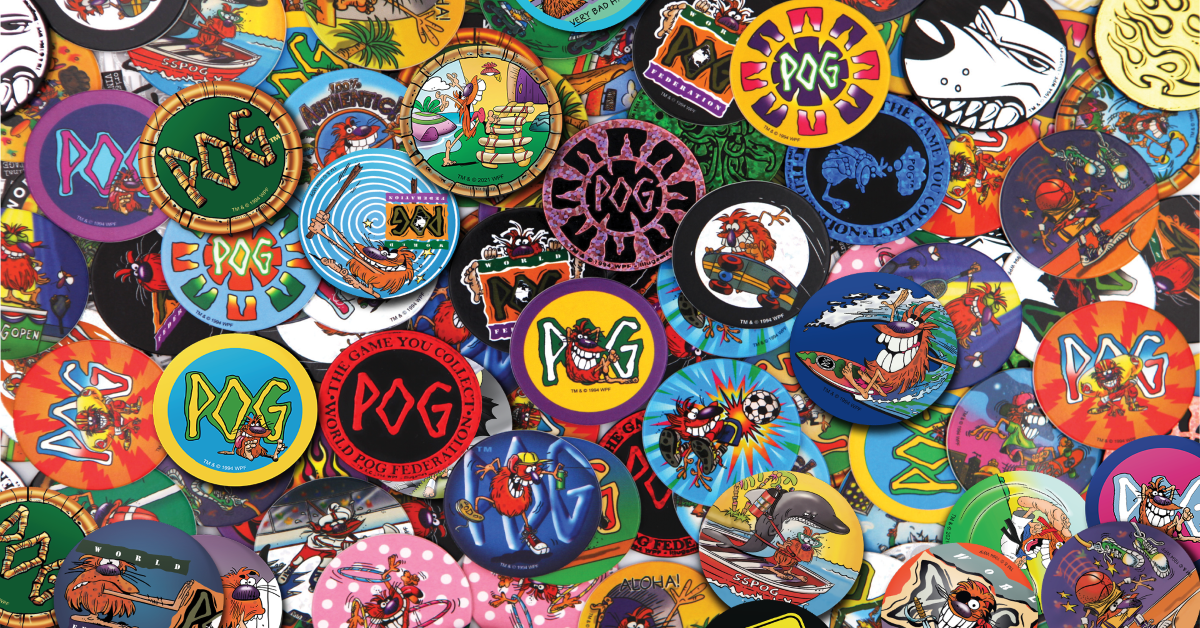 Highly collectible in a craze that swept through playgrounds in the 1990s, Pogs have returned in the form of Pog NFTs, so they can be collected and traded online.

With the Pog NFTs, players will be able to collect, trade and play against Pogman and other Poggers to complete their set and earn Pogart throughout a decentralised ecosystem – The World Pogger Federation. This will be a cross-platform economy service in which NFT-based game assets can be found and used within an ecosystem of games and experiences throughout the Web3 metaverse starting on Solana.

The iconic collectible game is poised to make a major comeback in the UK thanks to the efforts of California-based Pog Unlimited, otherwise known as The World Pog Federation. The company is currently on the hunt for UK partners that are both active and experienced in the Pocket Money category to help Pog re-enter the UK market. From 1994 to 1998, over 10b Pog pieces were sold in over 30 countries.

Pogart (Pog NFTs) will have an exchange value in an official cryptocurrency which will facilitate and fuel The World Pogger Federation ecosystem. The federation will provide global brands with an opportunity to engage the community using their most nostalgic content from the ’90s. They can mint their own Pogart NFT collections to be used throughout Web3 gaming.

The Pogger Generation represents a group of 100m millennials who are now 30-40 years old, which played and collected Pogs in the 90s and grew up with video games and an online world.

More information can be found at www.POGDIGITAL.com