Pokémon themed spaces are running in London, Manchester and Birmingham branches of Selfridges from now until the end of January. 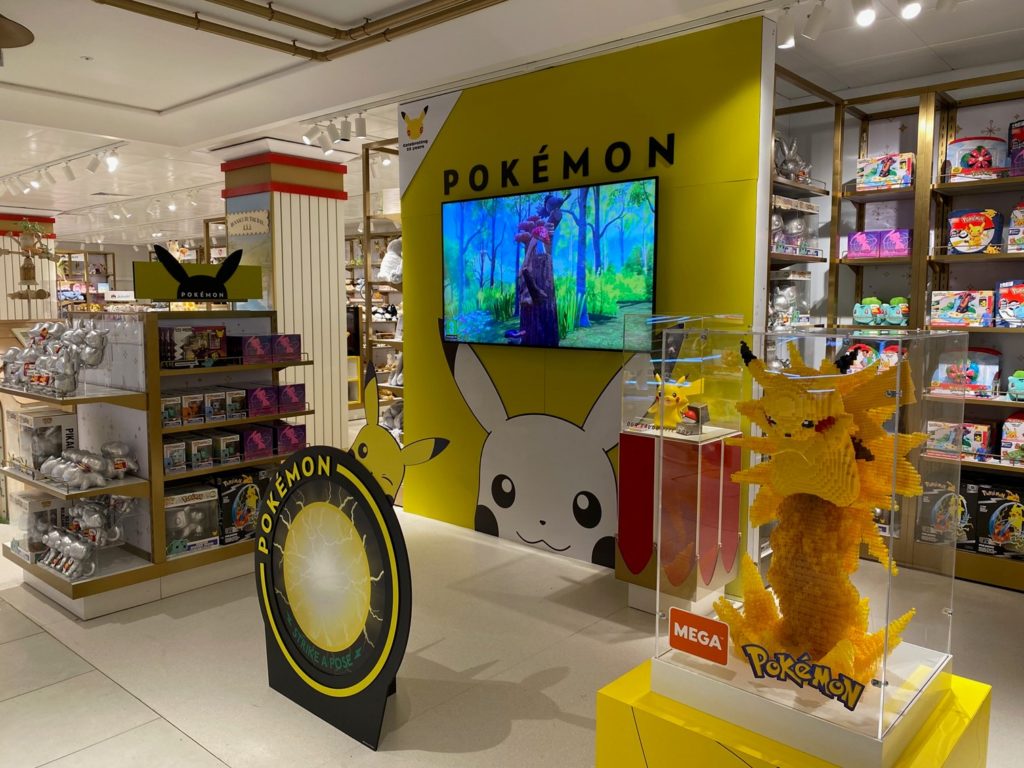 The Pokémon Company International has taken over part of Selfridges’ toy space in three UK stores. The exciting pop-up activation, which launched on December 13th and will run until the end of January, forms part of the final celebrations of the year-long celebration of the brand’s 25th anniversary.

Special branded areas have been created at the historic Selfridges stores on Oxford Street in London, in Birmingham Bullring and in the Trafford Centre in Manchester, to promote the Pokémon range in-store and provide a fun and immersive experience for fans of all ages. In addition to a wide selection of Pokémon products, the activation also offers great photo opportunities, including costume character visits to the Oxford Street store

The Pokémon spaces have a Pikachu motif; the iconic Pokémon has been the face of the 25th anniversary. Its bright yellow image can be seen on displays and shelving, as well as digital screens that share promotional content from the different Pokémon brand pillars.

Pokémon is offering a wide range of product across the pop-ups, including special 25th anniversary items. On display are toys from Jazwares (distributed by Character Options), including an exciting relaunch of the volcano-themed backpack playset, as well as new silver figurines and Pokémon plush. Construction sets from Mattel, collectibles from the Wand Company and Funko Pop! exclusives are also available, including silver metallic anniversary figurines.

“We are delighted to team up once more with Selfridges for this exciting activity,” said Mathieu Galante, Licensing director (EMEA) for The Pokémon Company International. “We have had an amazing year as we’ve celebrated our 25th anniversary and there could be no better way to conclude the festivities than with this takeover in such a prestigious store. We’re sure fans old and new will be thrilled with what’s on offer when they visit these fun and vibrant Pokémon pop-ups.”

The takeover follows a hugely successful collaboration with Selfridges in 2018, at its flagship Oxford Street store, which featured a branded wall, exclusive merchandise and a special event.