Posh Paws raises over £10,000 for NHS Charities Together

The company hopes to keep the sales momentum of its Thank You Bears going, so it can raise even more money for the important charity. 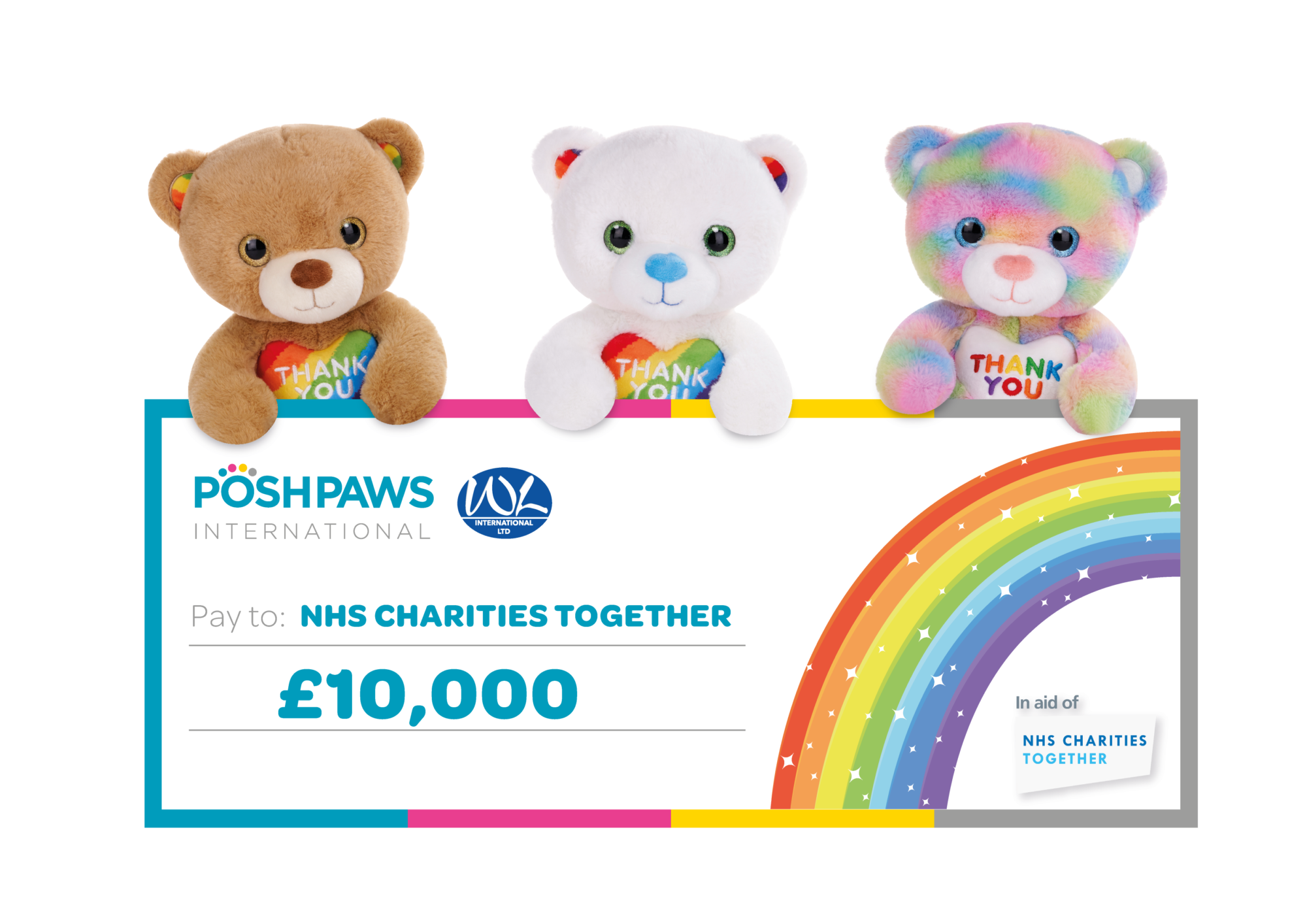 Last year, in partnership with NHS Charities Together, Posh Paws designed and produced a special range of high-quality NHS ‘Thank You’ Bears, which play a cheering and clapping sound when their tummies are pressed.

A percentage of the sale of each bear goes directly to NHS Charities Together, funding support that lets NHS staff to access counselling and helplines to protect their mental health, as well as practical support such as food, drink and rest areas, allowing them to continue their vital life-saving work to the best of their ability.

So far, Posh Paws and its parent company Whitehouse Leisure have raised over £10,000 for NHS Charities Together through the sale of their NHS Bears. Now the companies want to keep the momentum going with the help of their customers, so they can continue raising invaluable funds for the charity.

Retailers ordering Posh Paws’ Thank You Bears don’t just help NHS staff – they’ll also be assisting patients, local communities and hundreds of other vital NHS projects the length and breadth of the UK, ensuring that support and funding reaches those who most need it.

Posh Paws says that the support from customers and consumers alike during lockdown for the Thank You Bears has been ‘fantastic’. With plush being the No. 1 performing toy category in NPD, showing the biggest growth increase for April when retail opened its doors again, Posh Paws hopes to continue its efforts in raising even more money for NHS Charities Together as shoppers return to their local toy stores.