Post-Brexit VAT rules set to cause significant impact on trading

The new regulations mean thousands of small traders in the UK and abroad will be impacted, with critics warning of lower sales and limited consumer choice after Brexit. 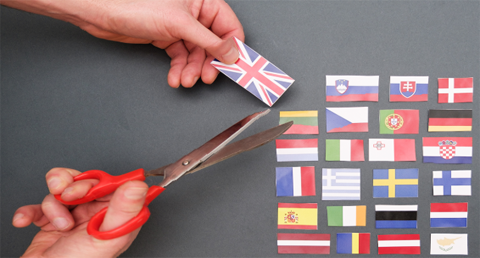 As of January 1st 2021, anyone abroad wishing to sell product in Britain will need to register with HM Revenue & Customs and pay VAT directly to the UK government; making it more expensive to sell goods in Europe.

With these new regulations, thousands of small traders in the UK and abroad will be impacted, which critics warn will lower sales and limit consumer choice after Brexit.

Currently, anyone can sell products directly to the UK from abroad by simply filling in a customs declaration form and it is the purchaser who has to pay the tax before retrieving their product. However, from 1st January, when Brexit fully takes form, all overseas sellers, including those from Europe, will become responsible for collecting and paying VAT on their UK sales.

The government has further scrapped the £15 lower threshold at which VAT becomes payable. These changes have been designed to protect UK retailers from being undercut by their European competitors after Brexit in competitive international marketplaces such as Amazon.

William Shatner, the 89 year old Canadian actor who played Captain Kirk in the first series of Star Trek, is just one of the thousands of smaller traders seeing the new system as problematic. As reported by the Times, William declared that the new VAT rules would make it uneconomical to sell his Star Trek books, toys and collectibles in the UK.

He wrote on Twitter: “UK folks; looks like your government is wanting to force vendors outside of your country to collect VAT on orders being shipped to the UK. I had my staff investigate costs and it’s over £1,000 a year just to file these forms via a service. That’s too much for a small store to absorb or we would have to raise prices considerably.”

Sharing a link to the government’s own advice to overseas sellers, Willian added: “Why should I do the job of a foreign government whom I have no connection with?”

These changes will also impact the likes of Amazon, who recently warned UK sellers using its online marketplace that after Brexit it would no longer ship products located in its UK warehouses to the continent and vice versa. Sellers have now been told that from January they will have to hold stock in Amazon warehouses both in the UK and the EU if they want to serve both markets. Amazon would previously “fulfil” orders placed anywhere in Europe regardless of where the products were located. Now small sellers will have to navigate the new customs and VAT rules coming into effect.

HMRC has said the government was introducing a “new model” for VAT collection to ensure that items from the EU and non-EU countries are treated in the same way as to not disadvantage UK businesses.