Date change on the cards for Distoy (updated)

Originally planned for June, the Distoy event’s website has been updated and now features a new date at the end of October this year. 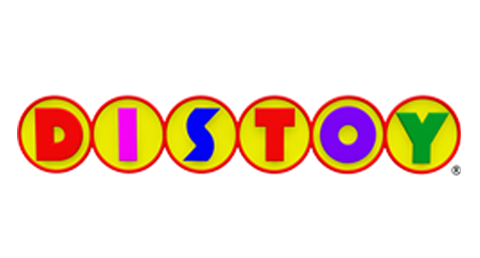 The home page of the Distoy website has been changed to show a new date for the event. None of the other website pages have yet been changed, and there is no further detail yet on this development. Originally, this year’s Distoy event, an international toy show for distributors, had been planned for the first week of June, but it had become apparent to most people, including the organisers of the event, that this date was looking increasingly unlikely.

Speaking exclusively to Toy World, Distoy organiser David Potter commented: “Having been forced to cancel Distoy in 2019, we have always hoped to be in a position to run a show this year. We really want to give toy companies the opportunity to meet face-to-face again. Given the progress of the UK vaccination programme, I believe that the UK will be perceived as a safer place to visit than many other countries and international visitors will feel comfortable attending, providing they are permitted to travel. Early reactions from the global toy community have been very encouraging, and we’re quietly confident of delivering a viable and worthwhile event.“

The decision has been taken that the show will definitely not run in June, and exhibitors and visitors are being canvassed to ascertain the appetite for moving the show to a new timeslot, which is from 26th – 29th October.

While this move would entail the show being delayed by almost five months, there are some notable advantages to the new dates; firstly, as David highlights, it would allow extra time for the global vaccination programme to develop. While the UK’s vaccination rate is relatively advanced, many other countries are proceeding more slowly, especially regions such as Latin America and Asia. Distoy is a truly international show, attracting exhibiting visitors and exhibitors from every corner of the globe, so it would be to its advantage for as many potential attendees to as possible to be able to travel.

October is also a period when many people from the global toy community traditionally visit Hong Kong: with the country looking likely to be one of the last territories to open its borders fully without travel restrictions, it is not clear how feasible the October trip would be this year, which would give Distoy the opportunity to potentially fill the gap and provide an opportunity for distributors from across the globe to meet up to see new ranges for 2022.

Toy World will keep readers updated with more news as we have it.