The Powerpuff Girls will appear in a live-action version of the classic Cartoon Network series on The CW channel. 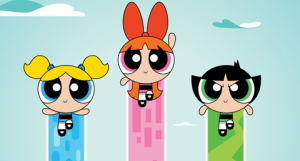 The Powerpuff Girls will be updated for a new generation. In the new series, the superheroes have grown into “disillusioned twentysomethings who resent having lost their childhood to fighting crime”, according to Variety.  Storylines will see the girls deciding whether to reunite, “now that the world needs them more than ever.”

The original Powerpuff Girls was created by Craig McCracken. In that series, Professor Utonium accidentally created the elementary school aged super team of Blossom, Bubbles and Buttercup by combining sugar, spice and everything nice with the mysterious Chemical X. The show ran for six seasons and 78 episodes between 1998 and 2005. The Powerpuff Girls Movie was released in 2002, while a rebooted animated series began airing on Cartoon Network in 2016.

The CW network and Berlanti already have a strong portfolio of superhero programming via the DC Universe and have lately focused on representation for people of colour and women onscreen. The CW has also become known as a home of adult-themed reboots of beloved IP, such as the Archie Comics franchise and Riverdale, another Berlanti production.