A sneak peek has been shown of the new tabletop game Juarassic World: The Legacy of Isla Nublar which comes to Kickstarter on 22nd March. 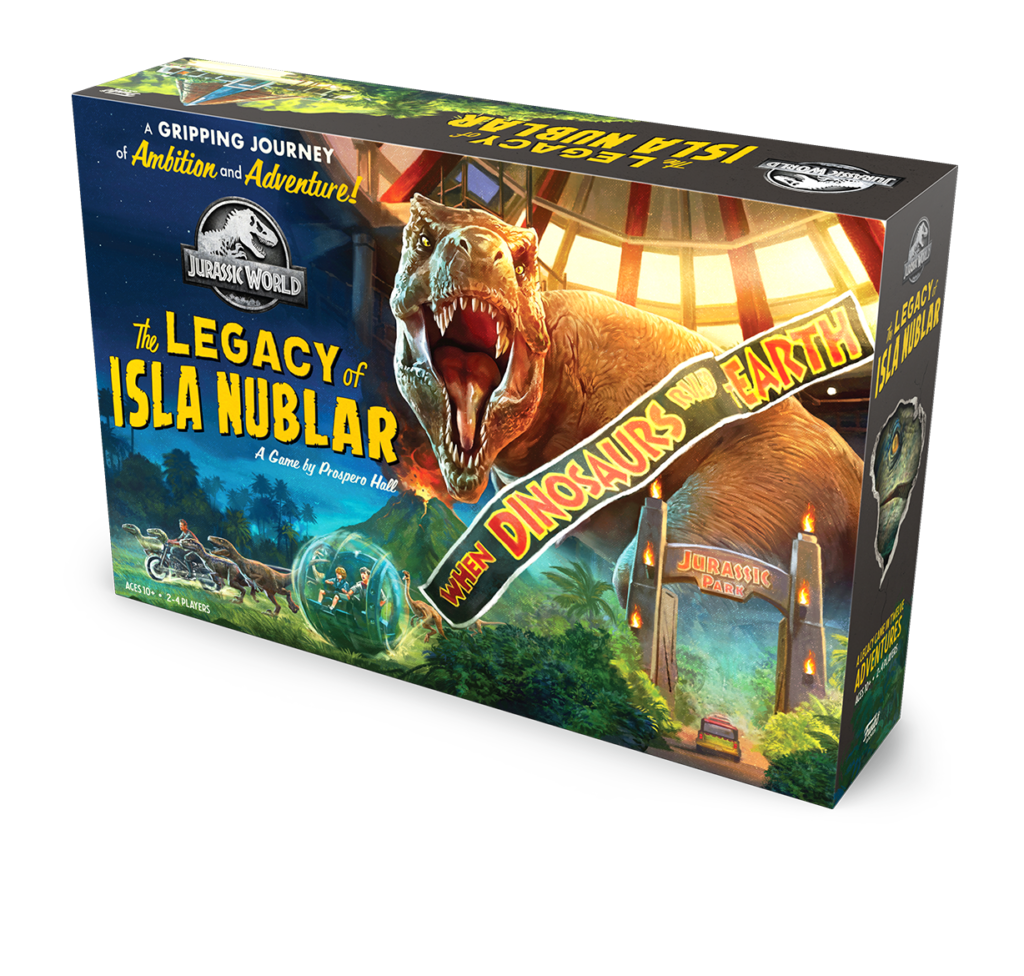 Funko Games is giving fans a first look at what’s inside its new game, Jurassic World: The Legacy of Isla Nublar, which was developed by Prospero Hall.

The game, which launches on 22nd March and comes out before the release of new Jurassic World Dominion movie this June, will mark Prospero Hall’s introduction to the growing Legacy game genre and is its first Kickstarter campaign. In its behind-the-scenes video, the game’s design team reveals what players can expect to see as they take on new and familiar characters in the epic story of the Jurassic World franchise.

Jurassic World: The Legacy of Isla Nublar tells the franchise’s story in 12 adventures, each of which has its own components and game guide. As the video reveals, players open the box to find only a handful of the game’s pieces unlocked, including four unboxed dinosaur minis, a beautiful amber D20, six combat dice, a Raptor Claw scratcher and an oversized 20”x30” game board of Isla Nublar. The rest of the pieces are locked in boxes and adventure module envelopes that get opened during gameplay. As editorial manager Ruby Wishnietsky explained: “There is a lot in the box, it’s heavy.”

Throughout the 12 adventures, players have the chance to unlock up to eight more dinosaurs, and more than 20 characters with different abilities, knowledge and powers as the campaign advances. Other components include tokens, stickers, item cards and mini game boards, plus a sealed ‘Research Folio’.

Additional details can be seen in the video below. Previous videos offered a first look, gameplay preview and a deep dive into the art and design of the game.

Those interested in the game can sign up for the Funko Games newsletter at funkogames.com/newsletter for updates and to be notified on launch day.