The latest 200% hike in import duty has led to the formation of the United Toys Association of Mumbai to fight the move. 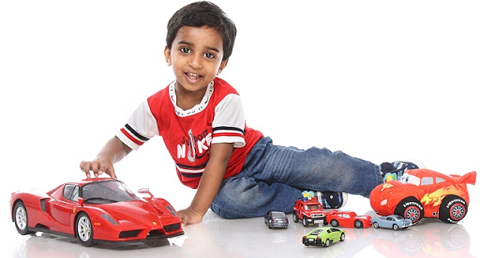 Toy retailers in Mumbai have come together to form United Toys Association to appeal to the government to revoke the proposed hike in the import duty on toys from 20% to 60%. They claim that this move will adversely affect retailers across India, making toys unaffordable for masses, which will result in the closure of many businesses.

Abdullah Sharif, vice-president of the United Toys Association of Mumbai commented: “The increase proposed by the Indian Government to promote the ‘Make in India’ movement might impact positively in the long run. However, given the state which Indian economy and infrastructure is currently in, the toy industry is not prepared for such a drastic hike in the custom duty. Presently, India imports 85% of the toys sold annually, of which 75% are from China. The proposal to hike the import duty on toys by 200% has come as a huge a shock. Over the past two years, we have seen the import duty on toys increase from 10% in 2017 to the proposed 60% in 2020..  This step will make toys unaffordable  for the customers, which will result in sales of toys decreasing massively, affecting the livelihood of millions of people employed in the toy industry across India”.

Abdullah believes that the imposition of the proposed increase in import duty on toys would be a major setback in the growth that the Indian toy market has seen in recent years, which he believes has been driven by the importing of high quality toys from the international market.  He also suggested that the Indian Toy Industry does not currently have a viable eco-system to support toy production on a large scale in India. Domestic toy manufacturers currently make around 15% of the toys sold in the Indian market. He also pointed out that toys shops all over India would not be able to sustain the blow of such hike, suggesting that the United Toys Association Mumbai has asked the Indian government to treat toys as an essential commodity.