The deal sees Rainbow secure Flair GP as master toy licensee for Pinocchio and Friends in the UK & Eire market. 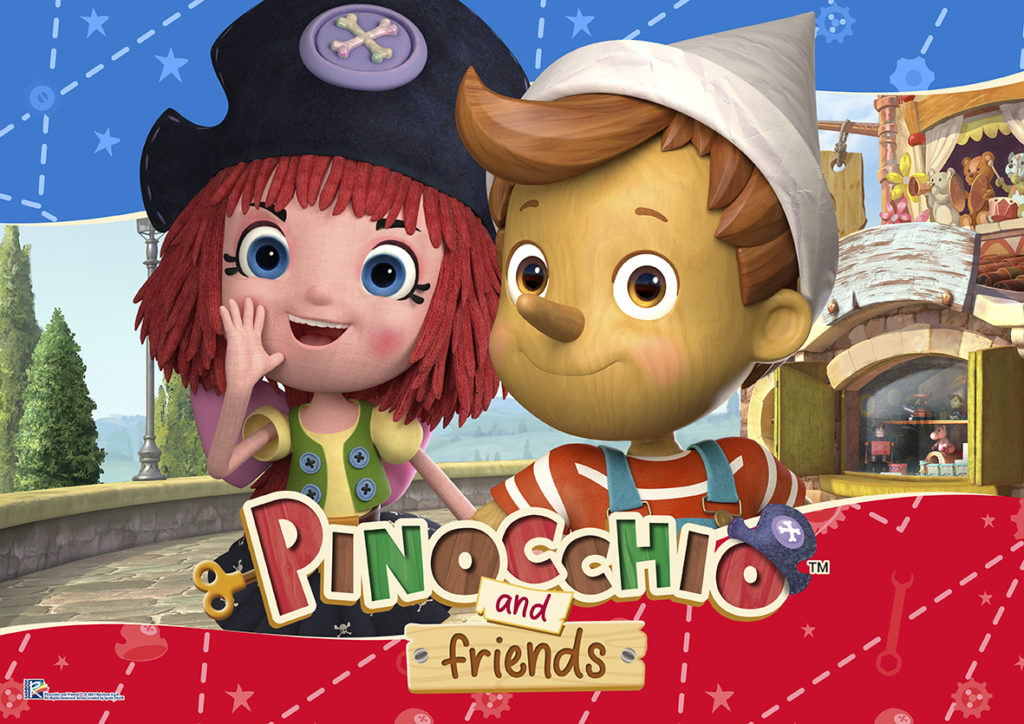 Italian entertainment and licensing powerhouse, Rainbow, has signed a master toy licensing deal, in the UK and Eire, with Flair GP for Iginio Straffi’s reimagined animated TV series of the children’s classic, Pinocchio and Friends.

The series, which launched on CBeebies at the end of May, has got off to a fantastic start and early indications show that its audience is growing week on week, with a growing fan base of children. Flair GP will concentrate on a roll-out strategy from 2023 that incorporates mini figures, dolls, playsets and plush toys, bringing to life the lively and colourful series directly into the hands of its young fans.

Rainbow’s reimagining of one of the greatest children’s novels of all time launched in late 2021 on Italy’s Rai Yoyo, and quickly became the leading show on the channel. The comical, light-hearted and wholesome series for all the family is an original adaptation based on Carlo Collodi’s timeless classic and created in high quality CGI animation. Today’s Pinocchio and Friends is a series full of adventure, comedy and strong values portrayed through characters and events which remain true to the original fairy tale; it includes wonderful new characters for today’s young viewers such as Freeda, the pirate doll who becomes a great friend to Pinocchio and brings further richness to the revitalised adaptation.

Commenting on the agreement, Cristiana Buzzelli, SVP Content and Licensing at Rainbow, said: “I am delighted that we have partnered with Flair GP to bring the wonderful wooden puppet, Pinocchio, to life with children across the UK.  We have already received great feedback since launch and are looking forward to exploring all licensing possibilities.”

Julia Cake, Country Manager, Flair GP commented: “The story of Pinocchio is one that is much loved by young and old alike, and we very much look forward to partnering with Rainbow and Lisle Licensing to bring the characters of this new colourful adaptation to children in the UK, through the innovative toys and figures in the collection.”

Flair GP will work closely with Rainbow, as well as with its UK licensing agent, Lisle Licensing, investing in the UK-specific toy lines and supporting the launch with marketing outreach to raise brand awareness. Communications and consumer events are being managed by Rainbow’s long-term PR partner, Grapevine PR.

Pinocchio and Friends had a successful 2021 launch season in Italy with exceptional ratings on Rai Yoyo and secured master toy partner Giochi Preziosi which is due to launch products in autumn 2022. In addition to its UK launch on CBeebies, the series will also premiere on Discovery Kids Latin America this year. Licensing partners already confirmed for Italy and the UK include Kennedy Publishing, Fashion UK, Ravensburger, Mondadori, Dolfin, Ciao, Dino Bikes and many others.