Based on the TV series, the new additions to the pre-school range were unveiled at last week’s London Toy Fair. 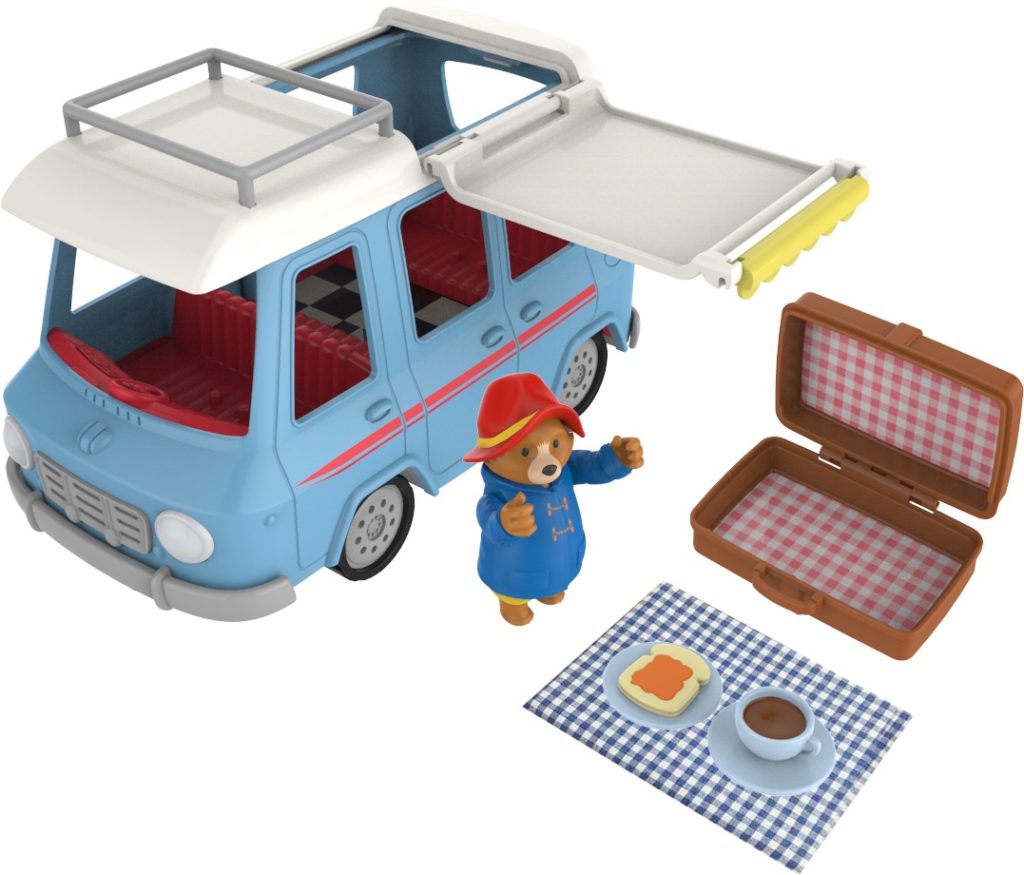 Rainbow Designs has expanded its Adventures of Paddington line with three new play sets based on the popular bear. Joining the line-up are Paddington’s Campervan Bessie, Paddington’s Football Set (in time for the FIFA World cup) and The Treehouse.

Alys Dawson, director of Product, Creative and Marketing Services at Rainbow Designs, and her team are responsible for the innovation and play factor in these new lines and believe the new play sets are just what young fans of Paddington are looking for.

“The launch of the Rescue Set and Multi Figure pack last autumn proved great additions to the range and the new sets incorporate a huge amount of playability. They focus on providing children not only with a theme and setting to encourage imaginative play, but also replicate what they see on screen, allowing them to role play – along with extra fun accessories, like slides and secret hiding places, to spark their curious minds,” said Alys. “For example, The Paddington Campervan Set offers space for four characters, as well as music, sounds, a removable roof and picnic accessories including marmalade sandwiches.”

The Adventures of Paddington range also features a series of cuddly soft toys including a Talking Paddington that says five of Paddington’s much-loved phrases such as ‘Where’s my marmalade sandwich?’, which won the Editor’s Choice Award at Toy Fair this year, and a cuddly Deluxe Paddington Soft Toy with removable coat.

The new play sets will be among over 50 new additions on show at Rainbow Designs’ stand (M10-N11) at Spring Fair, at NEC Birmingham, from 6th-9th February.