The two new hires boost multiple teams within puzzles and games company Ravensburger, which has ambitious plans for the next three years. 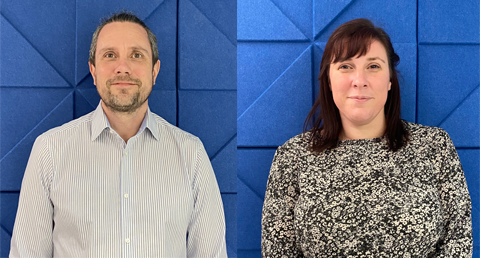 Ravensburger has announced two new appointments for 2022, boosting multiple teams within the company.

Boosting the Operations team will be Jonathan Heil who joins as facilities manager. Jon brings with him with him more than 10 years’ experience in facilities, office and operation management and will report directly to head of Supply Chain and Operations, Colin Reeves.

Della Holding has been appointed as consumer service advisor and will report directly to head of Marketing and Product Development, Katy Fletcher.

The appointments follow the news in January that Tim Hall, managing director of Ravensburger for over two decades, is to step down from the role during the second quarter of 2022 after more than 20 years in the role. He explained that his decision had been made for personal reasons and that the company was in ‘excellent health’.

Tim said Ravensburger had “very ambitious plans for the next three years” and he looked forward to seeing the company go from strength to strength.

“We are currently recruiting for my successor and then there will be a suitable handover period,” he told Toy World. “I am delighted to say that I will not be leaving Ravensburger, but will become part of the team looking after international licensing. I will therefore be able to keep in touch with all my Ravensburger colleagues and all our partners at retail and in the licensing community.”