The company’s own online store sold out of the collectibles in just days, while demand from retail has been strong in the first few weeks. 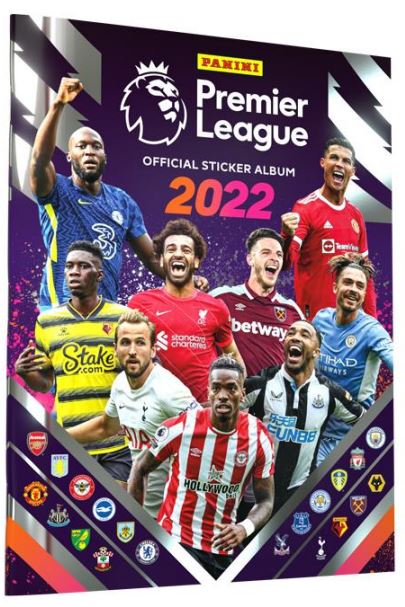 Panini’s Premier League 2022 Sticker Collection has got off to a flying start with record sales for the collectibles.

Panini’s online store sold out in a matter of days and demand for the 2022 collection has been unprecedented with sales considerably up year on year. Support from retail has been incredible and after only a few weeks on sale, Panini is already going back to production to print more.

The collection features all 20 Premier League clubs as well as celebrated Legends and Next Gen stars of the beautiful game. In one of the most thrilling Premier League seasons to date, collectors from all over the country have got stuck into this season’s album and are on the hunt for the much-coveted Declan Rice sticker, after seeing Declan appear in the TV ad and across social channels.

Collectors can kick off their collection with a starter pack, which includes a sticker album plus four sticker packets and, for the first time ever, there is a full digital version of the collection, which is available on the MyPanini Digital Collection app.

This week, Panini also announced a new partnership with Games Workshop to create a range of Warhammer collectibles, with 2022 launches for both stickers and trading cards.

Stickers in the Warhammer 40,000: Warriors of the Emperor Sticker Collection will be released in the UK in spring 2022, with the launch of the trading cards scheduled for autumn 2022 followed by roll-out in other key territories later in the year. The UK launch will be backed by a marketing campaign including investment in digital, album sampling and coverage across Warhammer digital and social channels. Panini has secured broad distribution across key grocers, convenience, toy, eCommerce and newstrade retailers with in store point of sale to support the launch, as well as a number of floor display units placed in select retailers.