Reliance Industries offers Amazon $20b stake in its retail arm

An insider with knowledge of the matter says Reliance will sell as much as a 40% stake in its subsidiary to the online retail giant. 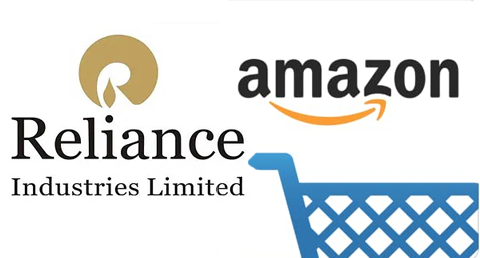 Reports indicate that Reliance Industries, owned by the Indian billionaire Mukesh Ambani, is in talks with Amazon about selling a $20b stake in its retail arm, Reliance Retail Ventures.

Reliance bought Hamleys toy store in May last year , in a deal worth nearly £70m, and announced a partnership with The Entertainer in January to bring to India a selection of action toys & figures, soft toys, art & craft sets, games & jigsaws, outdoor toys, collectible toy items and more, including The Entertainer’s private label brand, Addo.

This latest deal could see Amazon acquire as much as a 40% stake in Reliance Industries’ retail subsidiary, which runs supermarkets, India’s largest consumer electronics chain store, a cash and carry wholesaler, fast-fashion outlets and an online grocery store called JioMart. Data compiled by Bloomberg suggest that, if successful, the deal would be the biggest ever in India as well as for Amazon.

The stake would give Amazon a physical presence in the Indian marketplace, which is worth around $1t a year, while boosting Mukesh Ambani’s ambition to create an eCommerce behemoth similar to China’s Alibaba Holdings Group.

Bloomberg notes that ‘Amazon hasn’t made any final decision on the size of its potential investment, and talks could still fall apart’, according to the anonymous source. A representative for Amazon has reportedly declined to comment.

In an email to Bloomberg, a Reliance spokesman said: “As a policy, we do not comment on media speculation and rumours. Our company evaluates various opportunities on an ongoing basis. We have made and will continue to make necessary disclosures in compliance with our obligations.”