Asda and Morrisons have set out how they intend to bring staff back into the office after four months of home-working and furloughs. 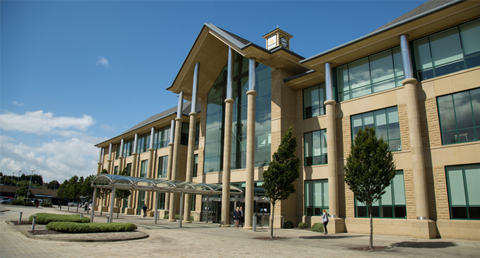 Staff based at Morrison’s head office, Hilmore House, will be working 4-day weeks from 27th July.

Head office staff at Asda and Morrisons are set to return to work from next week, following an extended period of home-working and furloughs.

Morrison’s has made changes to its head office setup in the wake of the pandemic. From 27th July, staff will enjoy reduced weekly working hours (from 40 to 37.5) and a four-day week of nine-hour days – but will have to work one six-hour shift on a Saturday once per month in order for the new setup to prove effective. The changes will impact some 1,500 staff, though salaries will remain the same.

While staff who have been working from home throughout the pandemic will begin to be phased back into the office from 27th July, Morrisons has stated that home-working is still a possibility for those whose roles do not require them or their team to be office based. The retailer told The Yorkshire Post that the changes would ‘ensure better coverage across the working week, ongoing social distancing, improved work-life balance, and make the business more attractive for prospective employees as well as retain existing staff.’

Employees at Asda’s head office, meanwhile, have been asked to return to work at the retailer’s Leeds-based HQ from 1st August. Having implemented a number of changes to ensure social distancing can be adhered to, the retailer says it expects up to 1,000 members of its workforce to spend at least part of every week in the office at a time.

Other retailers appear slower to bring their office staff back; Sainsbury’s has stated that it’s unlikely to do so for several months, while Marks & Spencer – which is reportedly planning to cut hundreds of jobs – is testing an app that allows staff to book a slot to attend its head office. John Lewis, meanwhile, says it’s undergoing a ‘phased reopening’ of its head offices, under which safety measures would be reviewed at each stage.