18,000 Lego sets, which were lined up for donation to sick children, were stolen from the Fairy Bricks charity. 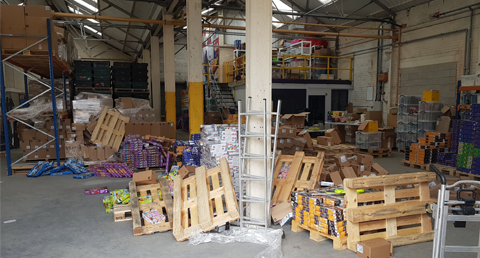 Thieves have stolen around 18,000 Lego sets from the Huddersfield warehouse of Fairy Bricks.

The charity has been left reeling after a gang of criminals broke into its Huddersfield HQ at the weekend and stole around 18,000 Lego sets, all of which were destined for children in hospitals.

Fairy Bricks founder Kevin Gascoigne, who set up the charity in 2014, says the criminals cut a hole in the side of the warehouse and made two trips in an effort to steal as many Lego sets as possible. Pictures from after the robbery show empty pallets, boxes left askew and sets strewn across the floor. The charity’s van was also stolen, but has since been recovered.

Talking to the Guardian, Kevin said: “I came down, and that was it really. I witnessed the devastation and saw what they’d taken. We’re in a pretty dark place but we won’t be here for long because the kids still need our help. We’ll bounce back. We have put pictures of some of our stolen sets on Facebook so if anyone was to see those in unusually large volumes, please give West Yorkshire police a call.” 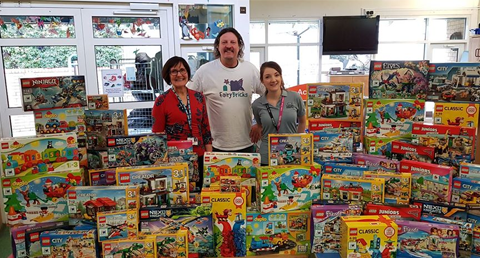 Kevin set up the charity after donating some of his own unused Lego sets to Calderdale Royal hospital in Halifax and seeing the impact they had. The charity has given 50,000 Lego sets to 185 UK hospitals over the last 12 months and donated 32,400 kits to the children of NHS workers at the height of the coronavirus pandemic. This isn’t the first time Fairy Bricks has been targeted by criminals; in 2017, thieves cut open the side of a Fairy Bricks van and stole around 2,000 Lego sets.

On the charity’s Facebook page, Lego commented: “We were devastated to hear this news – those thousands of Lego sets were on their way to children’s hospices and hospitals. We are doing everything we can to help Fairy Bricks in these difficult times and we will work to replace the sets as soon as possible.”

Anyone with information can contact police using the online chat service or by calling 101, quoting crime reference 13200349738.