Ricky Zoom to launch on Milkshake!

The animation also enters the music charts for April, as eOne releases three new songs to coincide with the terrestrial broadcast launch. 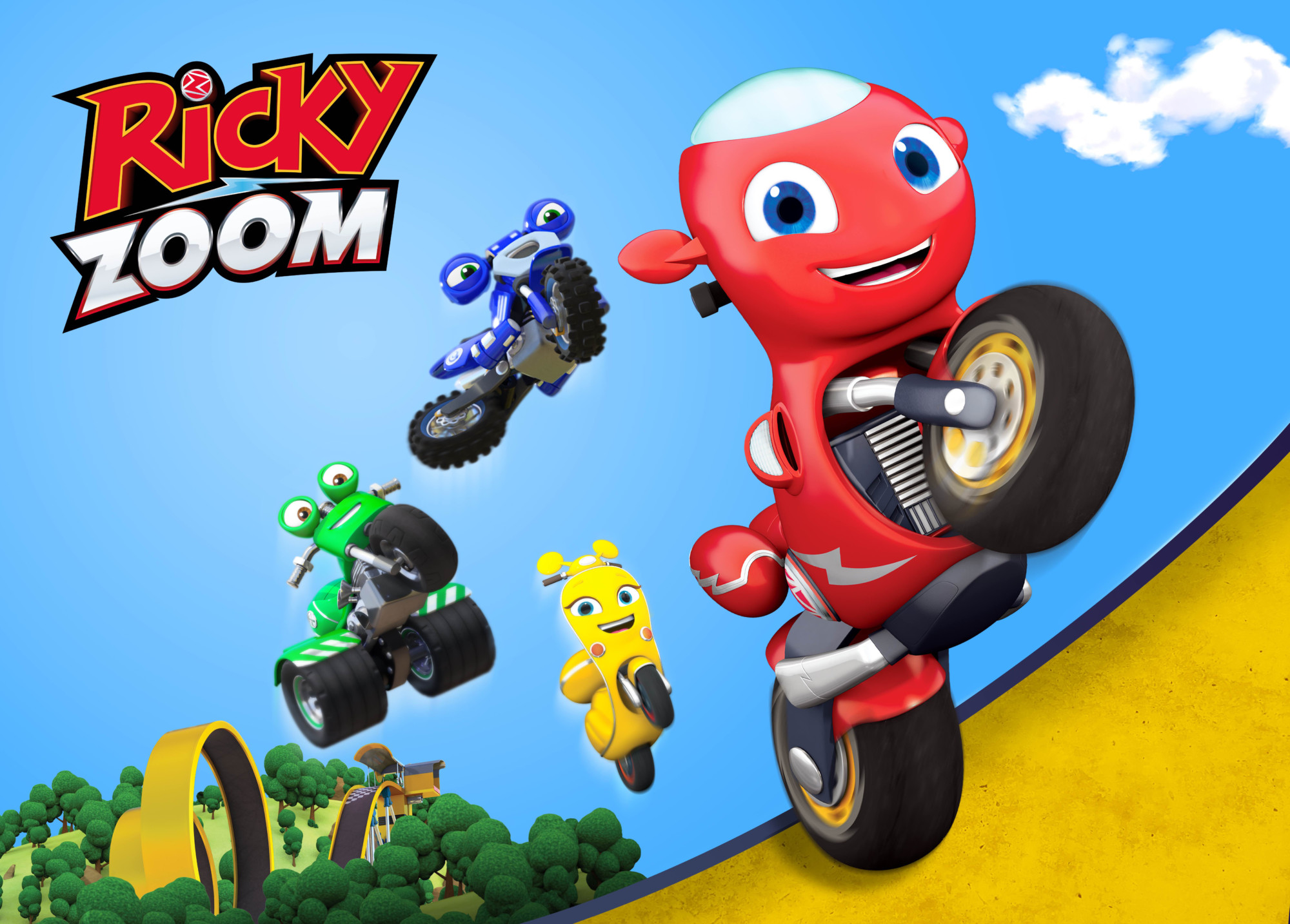 Entertainment One is gearing up for the debut of Ricky Zoom on Channel 5’s multiplatform pre-school brand, Milkshake!, which is set to air episodes from series 1 daily (Monday-Friday) from 20th April.

To crank up excitement around the show’s terrestrial launch in the UK, Milkshake! is supporting it with pre-promotional on-air exposure and social media support nearer the time of transmission.

eOne is backing its latest pre-school property with an investment in PR and digital marketing activity to drive tune-in. Building on the company’s previous success with music releases for Peppa Pig and PJ Masks, eOne is readying the digital release of three Ricky Zoom songs that will include an extended version of the theme tune and two all-new original songs, which will be available on streaming platforms from mid-April. A nationwide influencer outreach campaign spanning parenting influencers, with a combined platform of 1.2m across the UK, will promote the positive brand values of fun and family to encourage co-viewing and kids to create their own outdoor bike-style adventures together.

“Adding to our existing strong roster of international broadcasters, we’re thrilled to be bringing Ricky Zoom to the No.1 weekday pre-school destination in the UK” said eOne’s Monica Candiani, EVP, Content Sales, Family & Brands. “The show is full of enjoyable all-bike adventures that will ignite young imaginations and we look forward to introducing the colourful world of Wheelford to future fans in the UK ahead of the consumer products roll-out later this year.”

The launch of Ricky Zoom on Channel 5 follows a strong debut for the show last autumn on Nick Jr. in the UK where it has been viewed by nearly 1.5m to date. The show will join Nick Jr.’s promotional slate in Easter with a seasonal episode special set to air for audiences during the school holidays. The growing broadcast exposure will drive awareness for Ricky Zoom as eOne builds up to the consumer products roll-out in autumn which will see additional toys released by master toy partner, Tomy.