Wizards of the Coast has partnered with the award-winning actor, author and television presenter to host a press and influencer preview for latest release Streets of New Capenna. 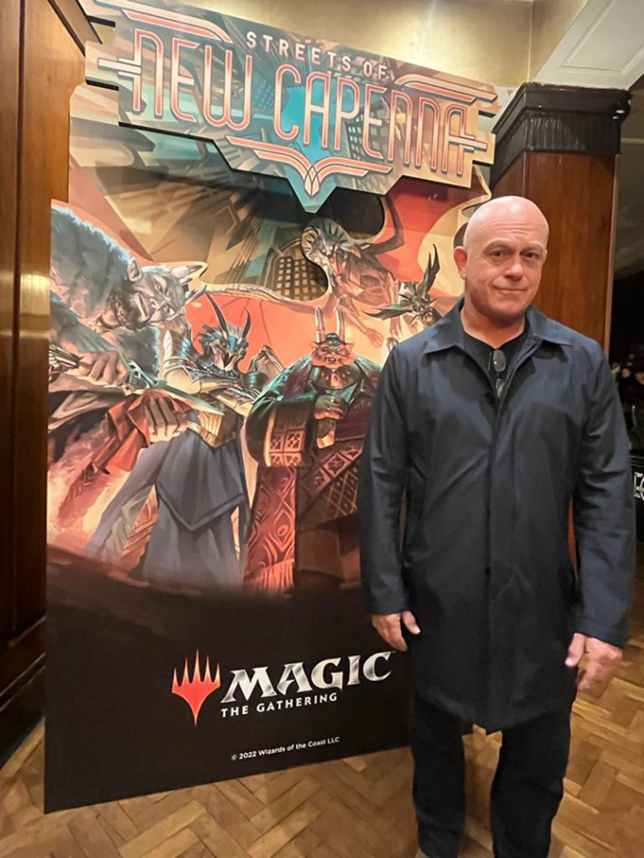 Hosted in the iconic Bloomsbury Ballroom styled as a 1920s art deco speakeasy, the event featured characters in costume from the Streets of New Capenna universe to add additional immersion, expertise and atmosphere for all attendees.

The Wizards team partnered up with Ross Kemp on a unique and entertaining piece of video content where he used his years of experience to go on a fact-finding mission.

Streets of New Capenna is the latest set for trading card game, Magic: The Gathering (MTG) and contains 281 cards. The game centres around five unique crime families vying for control over the city. After deciphering clues about each of the five gangs, Ross receives a cryptic message of acceptance into one of the families… but which one is it?

Check out the video content here and on social here.

Ross Kemp commented; “Streets of New Capenna is a world inspired by mafia movies, hard-boiled crime fiction and prohibition-era America, which is my idea of absolute heaven. Each one represents something new and different which is something I always strive to find in all my work. It was brilliant to be a part of and I can’t wait for everyone to check it out”.

A special guest, Gavin Verhey, senior game designer at Hasbro’s Wizards of The Coast also introduced the Streets of New Capenna set and the five unique crime families vying for control over the city.

Georgia Fireman, associate brand manager at Wizards of The Coast said: “Working with Ross Kemp to bring to life Magic: The Gathering’s latest set, Streets of New Capenna, was the perfect partnership. As Streets of New Capenna is centred around the hidden crime and corruption in a thriving city, Ross’s expertise on gang documentaries allowed us to convey the story to our British fans in a relevant, relatable and humorous way.”