Rubies and Warner partner on The Batman costume range

Ahead of the movie launch, the costume specialist has unveiled a new range of impressive licensed costumes modelled upon The Batman. 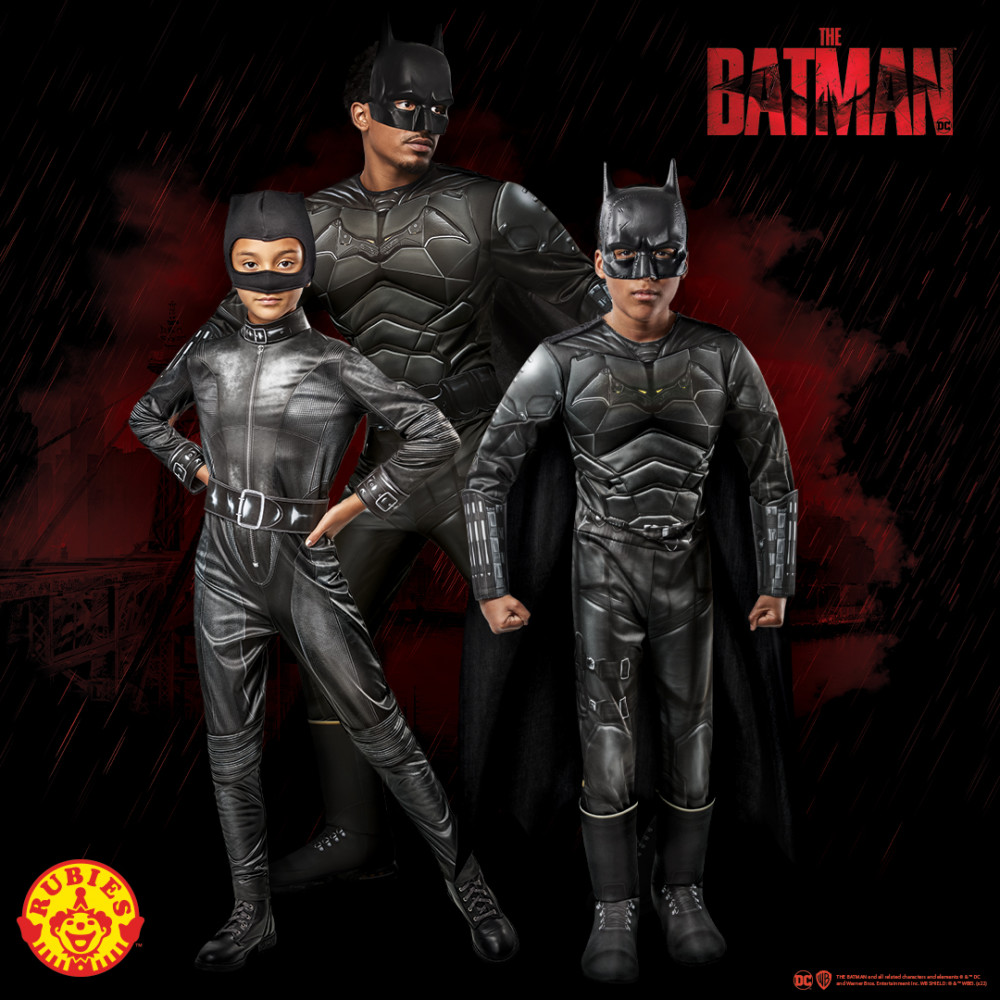 Rubies and Warner Bros. Consumer Products (WBCP) have debuted new adult and children’s costumes in celebration of Warner Bros. Pictures’ highly anticipated film The Batman, which arrives in cinemas internationally from 2nd March 2022. Fans of The Batman will be able to choose from a selection of officially licensed adult and children’s costumes, including Batman and Batman Deluxe costumes as well as Selina Kyle (Catwoman) versions.

Available to pre-order from www.rubiesuk.com this month, the Batman Child costume is an easy to wear costume jumpsuit which also includes a detachable cape and plastic half cowl. The Deluxe Child costume, meanwhile, is a printed muscle jumpsuit with 3D attached boot tops and gauntlets, a detachable cape, belt and cowl. The Selina Kyle Child Costume will be available to ship at the end of January.