Rubies has teamed up with Novel Entertainment for the promotional activity which offers an exclusive giveaway alongside the Horrid Henry dress-up costume. 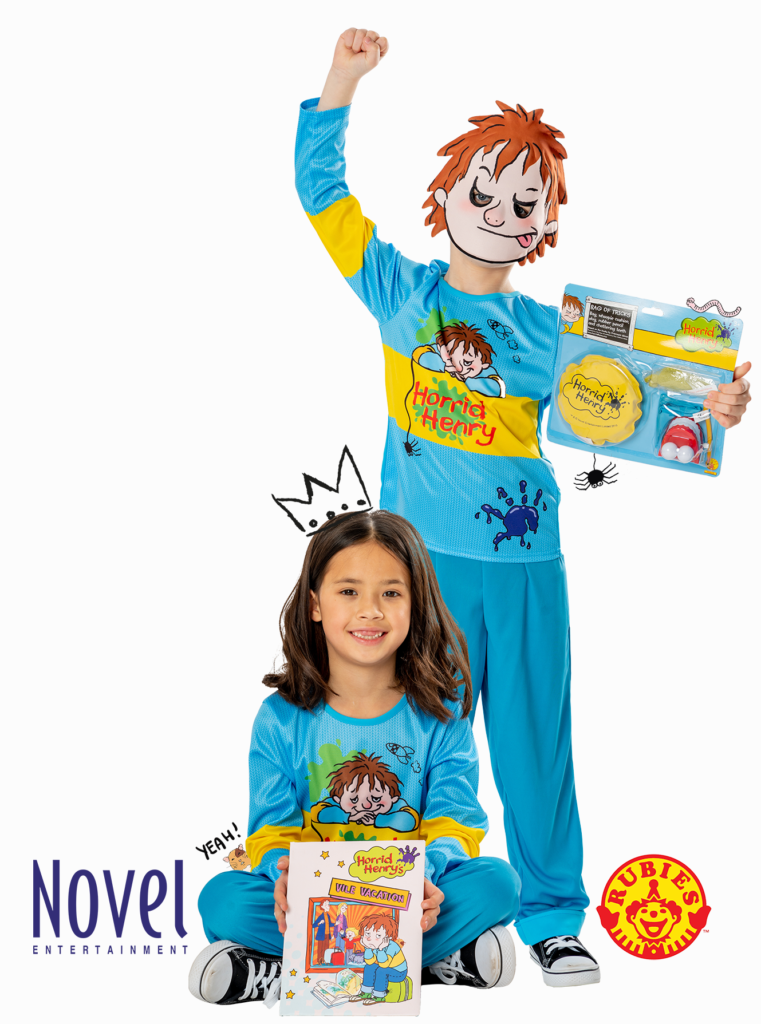 Launching during the week of World Book Day (3rd March), for which Rubies is an official corporate partner, the initiative will see an exclusive offer for 250 fans to receive a free copy of a specially created comic style book, entitled Horrid Henry’s Vile Vacation, when they purchase a Horrid Henry dress-up costume through one of Rubies official retail partners. The offer will be supported on both Rubies and Novel Entertainment’s Horrid Henry official social media channels.

Novel’s Lucinda Whiteley commented: “As a long standing and valued partner of Horrid Henry, it’s fantastic to be teaming up with Rubies on this campaign to support the launch of our first ever comic style book alongside the latest brilliant costume”

The book is based on the popular TV episode of the same name, written by Novel Entertainment’s co-founder and creative director, Lucinda Whiteley, and follows Henry on the trip of a lifetime, even though it isn’t quite what he was expecting.

Under Novel Entertainment’s long-term deal with Rubies, the Horrid Henry costume is available in children’s sizes, whilst there is also Bag of Tricks available, featuring essentials for every budding prankster and Horrid Henry fan.

Lucinda said: “At Novel Entertainment, we’re committed to highlighting the joy of reading among Horrid Henry’s strong and growing fan base and this is just the start of our plans in this space. We can’t wait to see children have the chance to dress-up and immerse themselves in the world of Horrid Henry’s Vile Vacation.”

Mike O’Connell, managing director of Rubies UK, added: “This is a fantastic opportunity to promote the power of reading to children. With our exclusive offer, we know this will not only be a way to generate unprecedented interest in our Horrid Henry costumes and the new story, Vile Vacation, but to also inspire children to read, which provides untold and limitless benefits. We are proud of our robust relationship with Novel Entertainment and Horrid Henry, which is showcased through the unique opportunities we have to collaborate with them.”

The campaign joins others announced by Rubies for World Book Day, including the launch of marketing for its officially licensed Amelia Fang costume, the newest licence in Rubies’ portfolio which is projected to be one of the most successful ones of the year.

A wide range of book-themed costumes is available from Rubies, which is proud to support World Book Day in its 25th year.