The new additions extend Rubies’ partnership with Marvel which has seen the company produce costumes for all the major Marvel Cinematic Universe films. 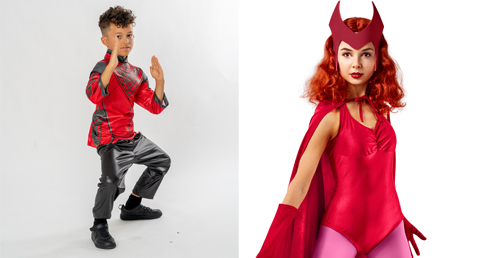 has announced the latest additions to its ongoing partnership with Marvel, in the form of costumes based on the new movie Shang-Chi and the Legend of the Ten Rings and the acclaimed Disney+ series WandaVision.

The Marvel Cinematic Universe is the world’s largest and most successful superhero franchise. Overseen by Kevin Feige, it has grossed more than $26b worldwide in less than 15 years. Rubies and Marvel enjoy a continued strong relationship, with Rubies designing, manufacturing and distributing costumes for every major MCU film in recent history, both in the UK and across the globe.

Shang-Chi and the Legend of the Ten Rings launched on the big screen on 3rd September. An explosive superhero film, martial arts and immersive legends have been combined to create a cohesive and gripping story. The costumes are available in the style worn by the protagonist, Shang-Chi: a striking red jersey tunic top with foam padding and shiny black trousers.

Shang-Chi and the Legend of the Ten Rings is the first Marvel film to feature an American Asian lead and the first to feature a predominantly Asian cast, making it an important addition to the Rubies line-up, as Tracey Devine-Tyley, head of Portfolio and Licensing EMEA, explains. 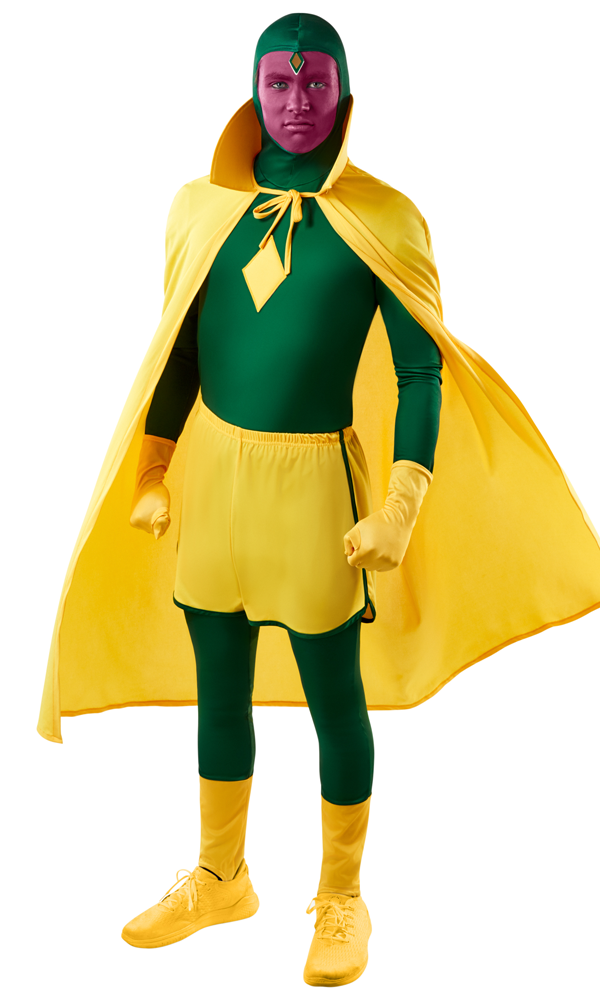 “As our strong partnership with Marvel continues to grow, we are delighted to be bringing the character of Shang-Chi to life with our costumes,” she commented. “As we are an industry leader, we understand how important Marvel’s first Asian-led superhero film is, especially to younger viewers. It is imperative children can look at the characters they see in the media and see themselves in them, thereby growing and exploring their budding personalities using these positive roles as inspiration.”

Starring Paul Bettany and Elizabeth Olsen, WandaVision kicked off Phase 4 of the MCU, captivating not only devoted fans but also casual viewers with its mixture of sitcom nostalgia, action sequences and exploration of themes such as grief. In the ‘All-New Halloween Spook-tacular’ episode, the two superheroes don their own outlandish costumes from the original comic books, a stark comparison to the modernised costumes seen in the MCU.

Tracey commented: “By bringing the characters of Wanda and Vision to life in their latest, rather kooky incarnation, we hope we can help create a spooktacular Halloween for fans of the series as they celebrate with family and friends.”