The retailer has posted a pre-tax loss of £261m for the year, despite a 120% rise in online shopping and higher Argos sales. 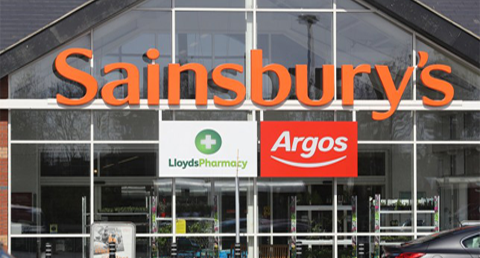 Sainsbury’s has taken a £485m hit over the past 12 months trading, with pre-tax profits down 39% for the year. A steep decline in sales was partially offset by a massive 120% uplift in online food orders, as well as increased sales from new Argos concessions, which largely remained open inside stores throughout the pandemic.

However, increased costs arising from the pandemic, coupled with a major restructuring which included 1,200 job cuts, saw Sainsbury’s post a pre-tax loss of £261m for the year to 6th March. Fuel sales fell by 45% as workers stayed at home, while clothing dropped 8.5%. The retailer also confirmed it would be moving ahead with its integration of Habitat and Argos, which it hopes will save the business £150m over the next three years. It is believed that Habitat will be introduced to stores in a similar integration to Argos.

The results stand in marked contrast to Tesco, which announced profits of £825m for the year a few weeks ago. This figure represented a 20% fall from the previous year, despite the fact that sales were described as  “exceptional.”

Simon Roberts, chief executive of J Sainsbury plc, commented: “Above all else, I want to recognise the extraordinary job that my colleagues have done over the last 12 months. Their efforts have been nothing short of heroic, as our entire team went above and beyond every day for our customers and communities. I am enormously grateful to the whole team for the way they have risen to the huge challenges this year and so selflessly looked after our customers and each other. This year’s financial results have been heavily influenced by the pandemic. Food and Argos sales are significantly higher, but the cost of keeping colleagues and customers safe during the pandemic has been high. Our full-year direct Covid-19 costs were £485m, leading to a 39% decrease in full-year underlying profit. Like our customers, we are all looking forward to things feeling more normal over the coming months and getting excited about a summer of celebration, but we are also cautious about the economic outlook. While there is much that we cannot predict in the year ahead, we are absolutely focused on delivering for our customers and shareholders.”