The Works has seen its sales drop by almost 20% following almost six months of store closures throughout the year. 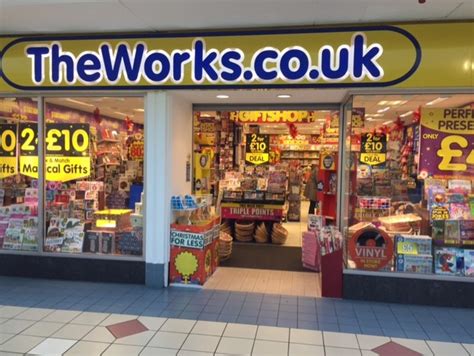 For the 53 weeks to May 2nd, The Works said total sales declined 19% to £206.2m, but that enforced closures had shown the continued resilience of the business.

During that period, the retailer’s entire UK store estate of 527 stores remained closed for 16 weeks, and there was an eight week period where 75% of its stores were closed. However, like-for-like store sales were up 6% on 2020 and online sales grew 120.9% compared with the previous year, and the company has confirmed it is on track with its January profit forecast.

The Works chief executive, Gavin Peck, commented: “Like many retailers, the last 12 months have been incredibly challenging for The Works, which has historically relied mainly on in-store sales. Our business was severely impacted by successive lockdowns and forced closures of our entire store estate. Despite this, the period has highlighted the resilience of the business and our ability to both adapt our offer and leverage our multi-channel model.”

The company reacted to store closures by keeping tight control of costs, optimising operations and vastly improving its online offering. Despite the sales drop, this caused its financial position to remain strong, and the company reported that online growth exceeded expectations.  Once stores re-opened, customer demand returned quickly to pre-Covid levels.

“I am incredibly proud of our colleagues who have supported each other so brilliantly and the unique culture at The Works that has enabled us to withstand this difficult year and emerge quickly and optimistically as a stronger business,” added Gavin. “Although uncertainty remains, particularly around the shape of the consumer recovery, the board expects the early progress to continue and remains confident in the future prospects of the business.”