To mark the occasion, the company has unveiled a Limited Edition Golden Lion figure. 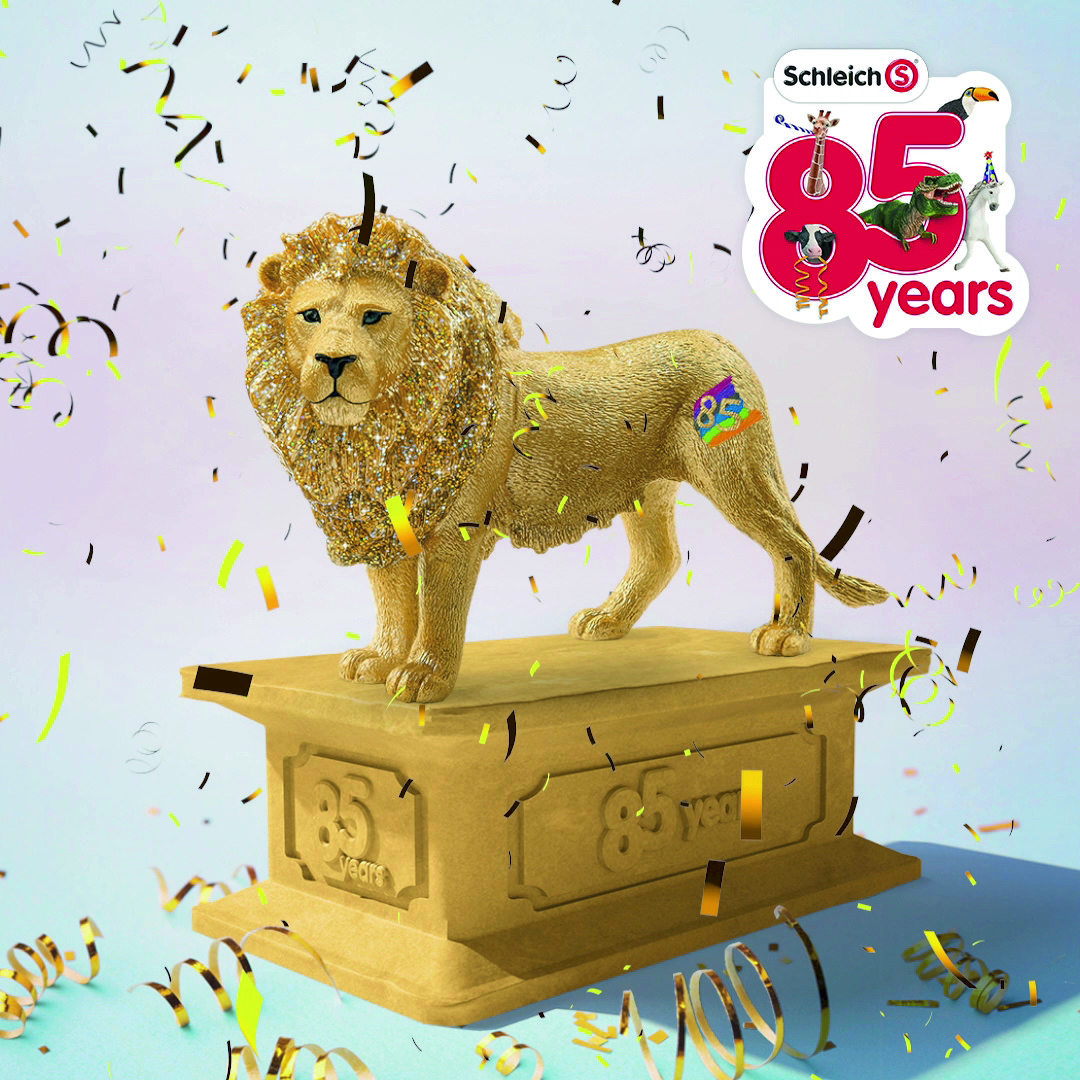 It’s a big year for Schleich, as the company celebrates its 85th Anniversary. Birthday celebrations kick off this month with the release of a Limited Edition Golden Lion figure.

Created in 1935 and named after founder Friedrich Schleich, Schleich was originally based in Stuttgart where the company initially made and sold velvet-covered dolls made of wire and wood. The first bendable figures came in 1957, before the world-famous blue Smurfs 1965. In the 1980s, Schleich began producing animal figures; these have formed the core of the business ever since.

Schleich says its Golden Lion, which features a glittering mane, is a symbol of pride and dignity that symbolises the company’s fond reflection on the past 85 years. In addition to its striking golden coat, six colourful brush strokes on its hindquarters reflect the hand-painted finish all Schleich’s figurines enjoy. They also represent the six franchise play worlds in Schleich’s current portfolio.

This final anniversary product also represents the pride of the Schleich workforce – the lion was created after employees were given the opportunity to submit their own drawings of what they would like to see as the Limited Edition anniversary creation.

”Although we’ve have had to curtail some of the physical birthday celebrations, we are still proudly celebrating this milestone achievement” said Paul Dearlove, marketing manager at Schleich UK. “The unique Golden Lion is arguably the most stunning figure that the company has ever-produced, and we are expecting it to be extremely popular with fans, where it will surely become the pinnacle of their collections.”

For more information about the 85th Anniversary or any other queries, contact the Schleich team on 01279 870 000 or email schleich@schleich-s.co.uk.