The life-size model follows the launch of a limited-edition Schleich anniversary Golden Lion figure in August. 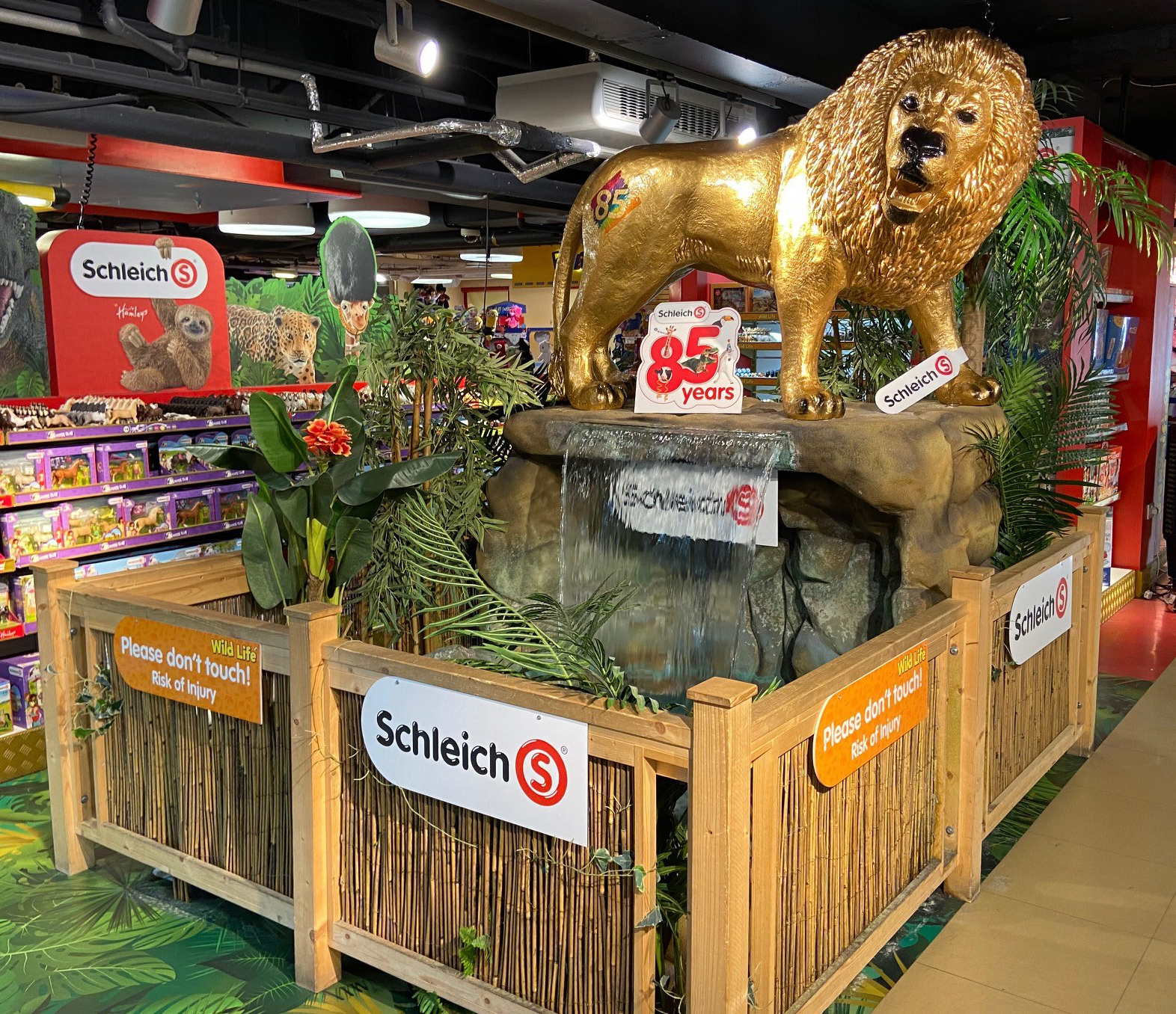 Schleich UK has created a stir at Hamleys’ London store with the arrival of its life size Golden Lion model which has been installed on the store’s third floor, in celebration of the firm’s 85th anniversary.

Shoppers who venture to Hamleys over the coming months will be able to see the Golden Lion, which also echoes the launch of a limited-edition anniversary Golden Lion figure in August. It can be seen standing atop a working waterfall and temporarily replaces the popular life-size model of a rare White Tiger, which has become a focal point in the store.

Paul Dearlove, trade marketing manager, Schleich UK, commented: “It is great to see this new Hamleys display finally in place. Its placement not only signifies a landmark year for Schleich, but also how we have continued to support our retailers throughout this difficult year. Despite the footfall in central London being down, it’s important that we do our bit to create interest for consumers that make the journey into town. Our lion is certainly worth the visit to this most famous of toy stores.”

Hamleys, alongside other retailers, is also helping Schleich with its anniversary celebration by selling Schleich’s Golden Lion, featuring a striking golden coat and six colourful brush strokes on its hind, which reflects the six franchise play worlds in Schleich’s portfolio.

For more information about the 85th Anniversary or any other queries, contact the Schleich team on 01279 870 000 or email schleich@schleich-s.co.uk.