Scopely partnered with the Association of British Scrabble Players to launch the UK Tournament of Champions. 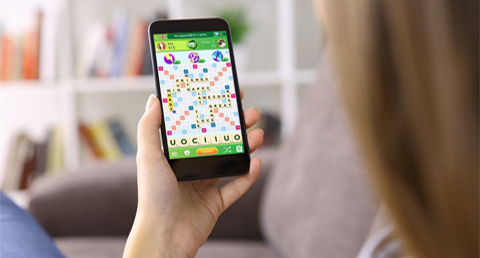 Scopely, the mobile games company behind the mobile game Scrabble Go, has partnered with the Association of British Scrabble Players (ABSP) to organise a ‘Tournament of Champions’ in support of NHS Charities Together.

The Tournament of Champions pitted eight elite UK-based Scrabble players in head-to-head Scrabble Go matches to show fans of the game how the pros strategise and spell their way to the top.

Every participant of the tournament earned a £1,000 donation to NHS Charities Together, with the top-three players earning significant donations in their name, courtesy of Scopely and Scrabble Go.

The final match between Kelly and Robertshaw had six ‘bingos,’ the term for playing a word using every tile on the rack. Wayne’s highest-scoring play of the game was ‘sublate,’ which means to deny, for 91 points.

Ellie Orton, chief executive, NHS Charities Together, said: “Thank you Scopely, Scrabble Go, and the Association of British Scrabble Players for bringing people together from afar over a beloved pastime to support NHS Charities Together. We have been so moved by the support we have received in response to our Covid-19 Urgent Appeal, and every donation helps us make a difference in supporting the NHS staff, volunteers and patients impacted by coronavirus.”

Scrabble Go launched worldwide on 5th March as the number one most-downloaded word game, becoming the biggest mobile word game launch of all time. With 2.5m daily active users around the world playing for an average of 100 minutes each day, Scrabble Go is particularly popular in the UK where it sees the third most downloads and active users.

Scrabble Go connects players of all skill levels, backgrounds, and familiarity with the iconic word game, offering a customisable experience that appeals to both casual social players and the fiercest competitors.

All tournament matches can be viewed below: