Selfridges’ owners are said to be in talks with Qatar about a potential £4bn sale that would be a defining moment for the business. 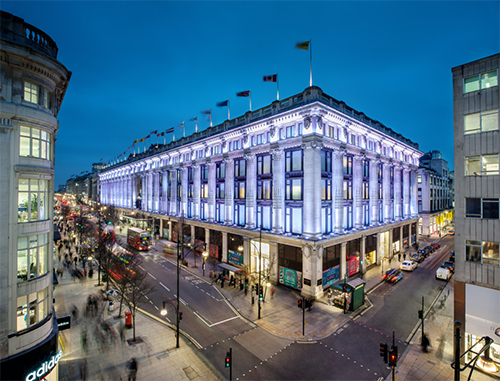 According to This is Money, sources claim the Qataris are not in exclusive talks and it is possible a rival bidder for Selfridges may yet be successful.

However, if the deal comes to fruition, it would see the Middle Eastern state take ownership of a second major London department store, after Qatar acquired Harrods in 2010 through its sovereign wealth fund, the Qatar Investment Authority (QIA).

It is also understood that discussions with the Qataris include the possibility of buying only the Selfridges department stores, excluding the group’s Irish shops Brown Thomas and Arnotts, Holt Renfrew in Canada and de Bijenkorf in the Netherlands which are also owned by the Westons.

Canadian billionaire Galen Weston bought Selfridges for £598m in 2003. He died aged 80 in April and his daughter Alannah Weston is now in charge of the business. In July, the Weston family launched an auction for Selfridges after what it decribed as a challenging year. The group operates four Selfridges stores in the UK: in London, Birmingham and two in Manchester.

A deal with Qatar would be a defining moment for the British institution, which was founded in 1908 by Harry Gordon Selfridge, an American retail magnate who became known as the ‘Earl of Oxford Street’. He built the company into a household name before stepping down as chairman in 1941.

The Oxford Street store has become a major London landmark. The nine-storey flagship has, up to now, weathered the trend of declining high street retail locations, helping the company maintain strong sales and footfall despite the rapid rise of online rivals.

Other sovereign wealth funds rumoured to be interested in buying Selfridges include Saudi Arabia, along with Chinese state-backed businesses, Hong Kong’s Lane Crawford and Canada’s Hudson’s Bay Company, which owns Saks Fifth Avenue in the US.

Credit Suisse has been appointed to oversee the auction.