Told in a combination of English and Spanish, the books follow the adventures of the coyote Little Lobo and his dog, Bernabé. 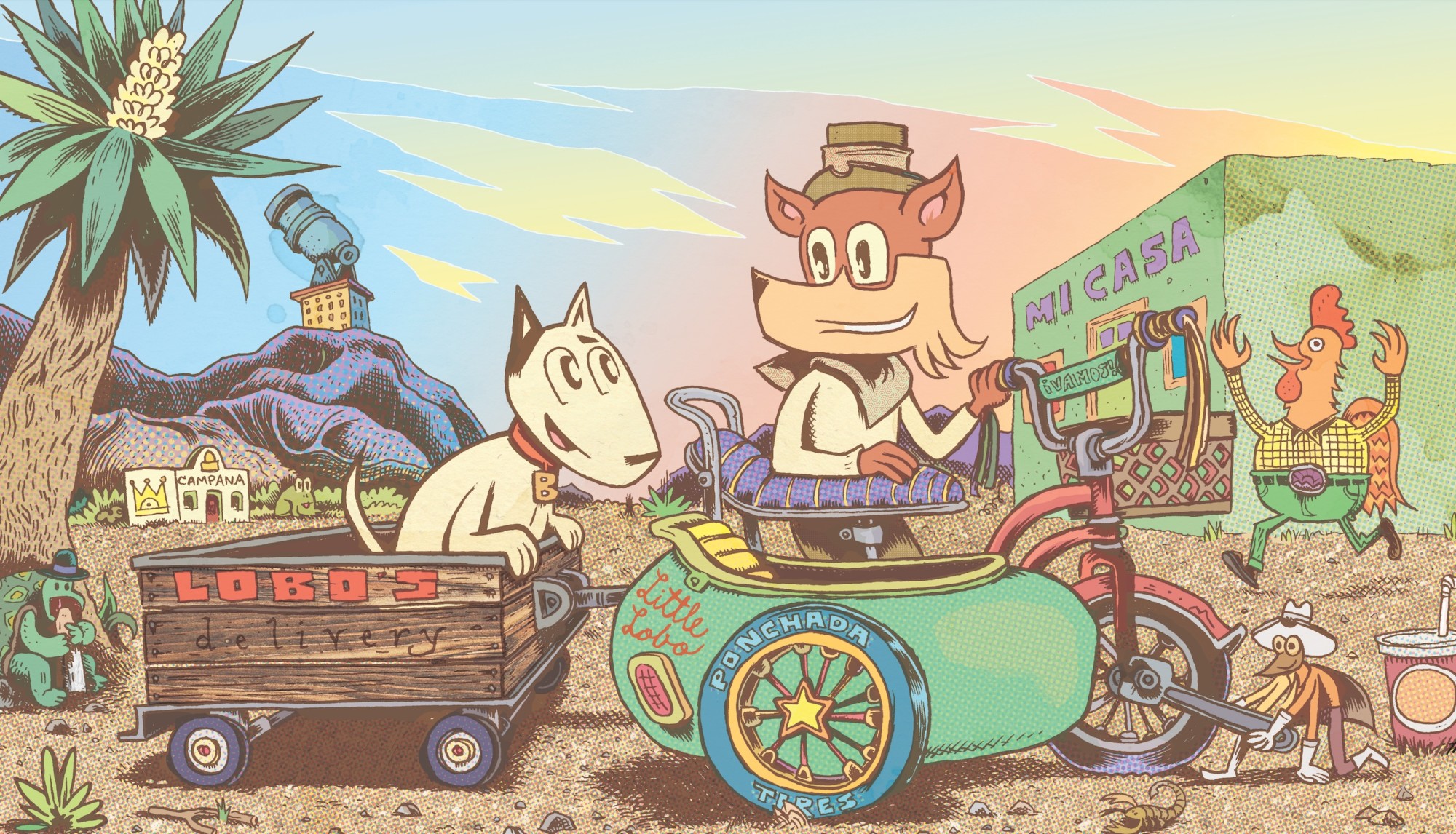 Silvergate Media has acquired the rights to the award-winning, bilingual picture book series ¡Vamos!, and plans to develop it into an animated series for kids and families.

Written and illustrated by award-winning Mexican-American author Raúl (González) the Third, ¡Vamos!, is a series of imaginatively drawn picture books for children, with colours by Elaine Bay, told in a combination of both English and Spanish. The books are published by Versify, an imprint of Houghton Mifflin Harcourt publishers, which has created a World of ¡Vamos! publishing line with three early readers, two board books and a further picture book in the pipeline, in response to consumer demand for new products.

The first book in the series, ¡Vamos! Let’s Go to the Market, follows the urban adventures of the coyote Little Lobo and his dog, Bernabé, as the pair make a series of madcap deliveries at a market near the US Mexican border. The book became a critical and commercial hit upon its publication in April 2019 and was soon followed by ¡Vamos! Let’s Go Eat the following year, The second book tells the story of a group of luchadores – professional wrestlers – awaiting battle, who are delivered their pre-match meals by Little Lobo and his dog.

Silvergate’s Kurt Mueller, who serves as executive producer for many of the company’s series, including Hilda, Octonauts and Chico Bon Bon, will produce the series in partnership with Raúl the Third. He commented: “We’re thrilled to be collaborating with Raúl, a true generational talent, and the fine folks at Versify, to bring ¡Vamos! to TV audiences. The books offer a seemingly infinite cast of characters and situations that celebrate frontera culture through a singular artistic lens. Every densely illustrated page is a season’s worth of great TV.”

Raúl the Third, creator of ¡Vamos!, added: “The response to ¡Vamos! in the past two years has been incredible. It’s such a personal project for me as the stories, locations and characters were based on my own childhood experiences. I’m really thrilled that kids around the world will be able to enjoy these adventures on screen as much as I enjoyed bringing them to life in the books.”

The founding editor of Versify, Kwame Alexander, who is producing for Big Sea Entertainment along with partner, Arielle Eckstut, said: “¡Vamos! struck a chord with young readers immediately and we have no doubt that an animated series will take the franchise to new heights. Silvergate Media has a strong reputation for producing high quality, original programming based on graphic novels and picture books, so we can’t wait to see what the new series will bring.”