The Creature Cases is a new children’s animal detective series that will debut on Netflix globally from next month and features 40 episodes. 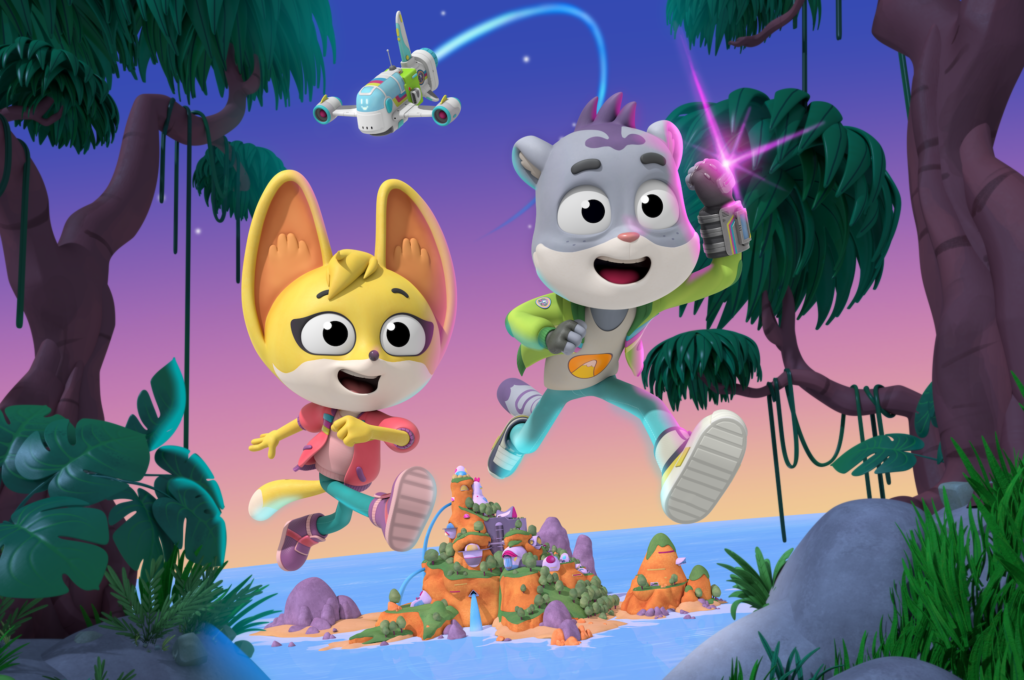 Based on the adventures of a detective duo, who specialise in solving animal mysteries, the first season will debut on Netflix from 12th April, 2022. Aimed at children aged 4-7 years, The Creature Cases is an original series created by head writer/producer Gabe Pulliam, with executive producers Adam Idelson and Kurt Mueller. The action/comedy detective series is animated by TeamTO, the award-winning French studio which has a strong track record of animating hit children’s shows, including PJ Masks.

Sam Snow and Kit Casey are the lead agents of CLADE: the Covert League of Animal Detective Experts, who solve animal mysteries by exploring the habitats and behaviours of fascinating and sometimes bizarre creatures. Armed with top-secret intel from their miniature contacts, the Mice Squad, the sleuths travel a world populated exclusively by animals, solving mind-boggling animal mysteries that mix real zoological facts with wild detective action.

“The Creature Cases invites young viewers to train a watchful eye on the many mysteries of the natural world,” said Kurt Mueller, EVP Creative Content, Silvergate Media and executive producer, The Creature Cases. “This show is X-Files for pre-schoolers, but instead of solving paranormal mysteries, Sam and Kit are solving strange but true animal mysteries. Each episode offers a super serving of odd zoological facts, imaginative gadgetry, and the Mice Squad. We look forward to introducing the show to audiences around the world this spring.”

Guillaume Hellouin, president, TeamTO added: “For our first collaboration with Silvergate Media, The Creature Cases was a very ambitious project. We had to push boundaries once again, far beyond what we have done before. The diversity generated by the concept of discovering a new animal species in its native environment in each of the 40 episodes was a real challenge. But thanks to our fantastic team combined with Silvergate’s talent, we managed to deliver an amazing show with a very cool design.”