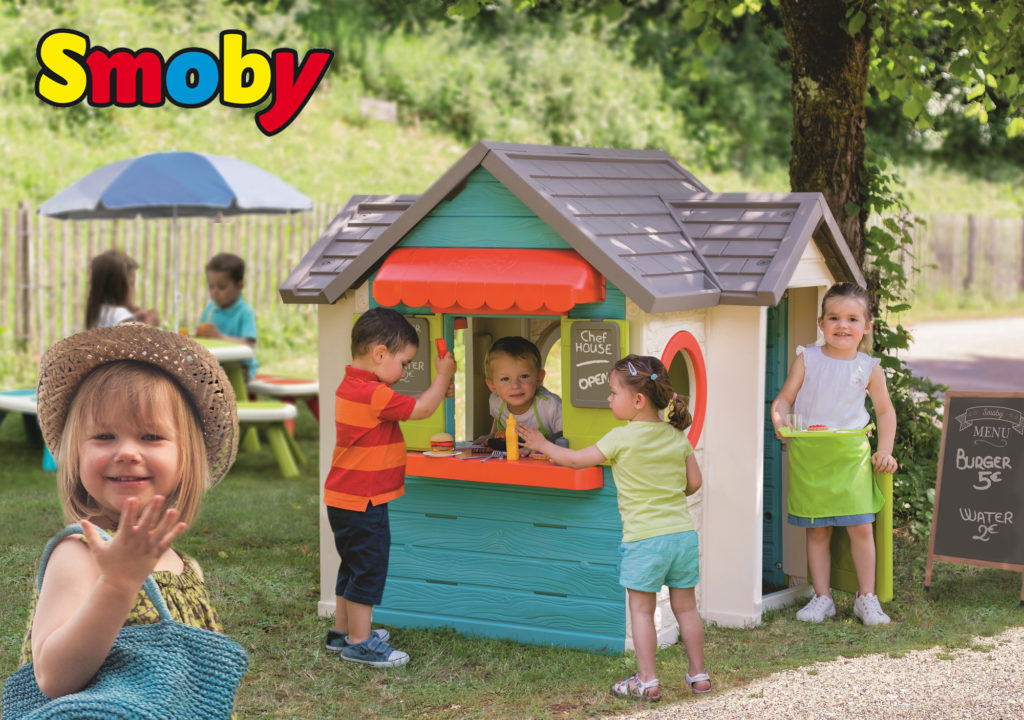 Simba Smoby Toys UK has confirmed its first half marketing calendar, which aims to further convert the past two years’ awareness drive for Smoby into brand loyalty and enhanced retail sales.

“It’s been a tremendous two years for Smoby,” commented Mayur Pattni, head of Marketing. “Smoby was +63% in the playground sub class in NPD last year by August, and this was driven by our amazing playhouses and slides. By the end of the year, that momentum continued and we were +56% within the playground sub class according to NPD, and our Nature Playhouse and Kitchen almost broke into the top 50 toys for full year 2021. We are not resting on our laurels when it comes to the marketing drive. We will continue to innovate – both in product development and in the way that we support our retailers to continue growing our Smoby brand this year.”

Taking the Smoby branding to the family space is the aim of the ambitious spring schedule, with a Premier League pitch-side advertising campaign, parent-focused TV and digital advertising and celebrity endorsement for Smoby’s playhouses and slides.

From March through to May, fans at six Premier League games will experience the Smoby Smile LED brand advertising featuring on pitch-side boards during the match. The first three games have been announced, starting with Watford vs. Arsenal on Sunday 6th March (Sky Sports), followed by Brighton vs. Liverpool on Saturday 12th March (BT Sport) and then Burnley vs. Southampton on Saturday 19th March (Sky Sports). With each match being televised, opportunities to see the familiar Smoby logo and #SmobySmile hashtag are in their millions. Three further fixtures (dates TBA) will wrap-up the LED advertising campaign, at which point the TV campaign will kick-in, taking Smoby into homes across the nation.

Mayur Patni, added: “Over the past two years, we have increased brand awareness exponentially, whilst also ensuring that consumer confidence in the Smoby brand remains high. Our new spring initiative will go one step further, reaching families whilst they are doing something they love – watching football. Mums and dads who watch live Premier League games at home with their young children garner millions of viewers and whether in person at the ground or at home on TV, we believe this perfectly positions the brand with families and cements its standing in the market place.”

The companywill also continue to build on Smoby’s significant presence in the digital space. The brand’s own social channels have high-level engagement, and monthly initiatives will add to this. Taking Smoby to parents through influencers and celebrities will continue primarily though Instagram, as well as TVCs that will be delivered through parent- and kid-facing YouTube pre-roll.