A pre-school range based on the spin off from Oggy and the Cockroaches will launch in Europe from Autumn/Winter 2022. 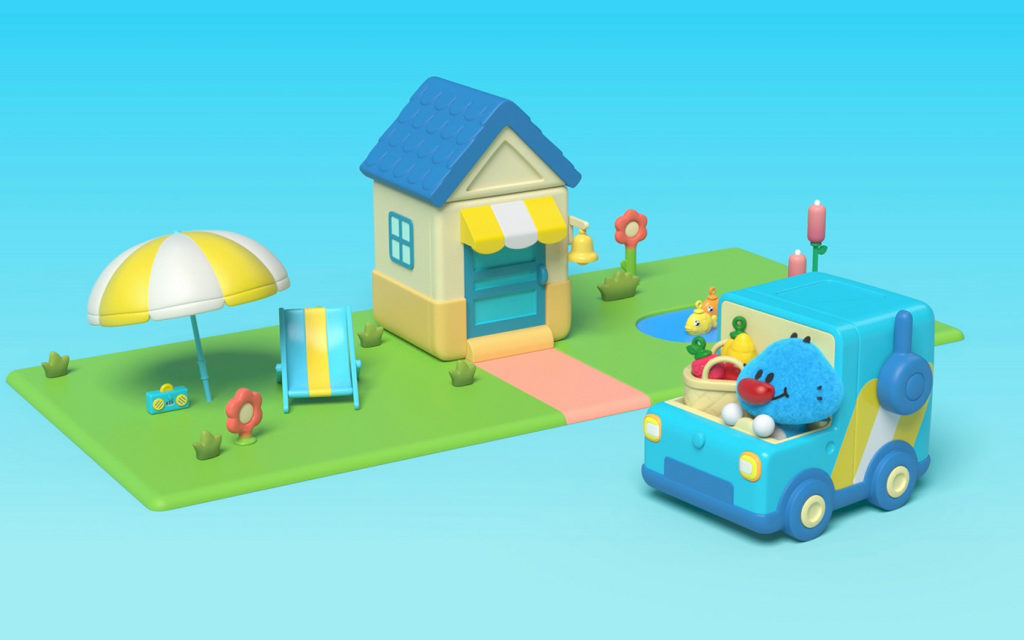 Simba Dickie Group has been signed as the master global toy partner for colourful new pre-school property, Oggy Oggy. Set to debut in Autumn/Winter 2022, the range will target kids aged 3-6 years and span plush, figurines, playsets and accessories, vehicles, collectibles and sand buckets. The collection will initially be available in France, Italy, Germany and the UK, before being extended into Poland and Spain for Spring 2023, and then into additional territories.

Created by French studio Xilam Animation’s Jean Cayrol and Cédric Guarneri, Oggy Oggy (156 x 7’) is a new CG pre-school spin-off to Xilam’s iconic Oggy and the Cockroaches franchise. The non-dialogue CG animation sees a young Oggy freed from the ceaseless tyranny of the cockroaches and living in a fantasy world inhabited by a vibrant community of cats. The first season debuted globally on Netflix in August 2021 and from September 2022, will extend with launches on an expanding line-up of broadcasters, which currently includes Super RTL (Germany), Discovery (Italy) and France Télévisions (France).

Capucine Humblot, head of Licensing and Merchandising at Xilam Animation, said: “The magic of the Oggy Oggy series comes from its toyetic nature and the playful promise we make to audiences that the heroes they enjoy on screen will look exactly the same as the merchandise they’ll soon be able to play with. With Simba Dickie Group, we’ve found the ideal partner to capture the charming world of Oggy Oggy and know that its vast expertise, innovative approach and high-quality products will result in a toy offering that stimulates young imaginations and creativity, as well as giving fans a chance to recreate their favourite stories at home.”

Simba Dickie recently celebrated its 40th anniversary and continues to build on the company’s strong performance with the introduction of an extensive array of new lines.

Werner Lenzer, Licensing and Strategic Development manager at Simba Dickie Group, added: “Oggy Oggy is an outstanding new pre-school property which fascinated us from Xilam’s very first presentation. The colourful design and storytelling full of humour and positivity combine to make Oggy Oggy so special and we know kids all over the world will love it. The team at Simba Toys is looking forward to developing a toy line for Oggy Oggy which will bring all the fun of the series into children’s rooms.”

Building on the Simba Dickie Group toy range, a cross-category merchandise offering for Oggy Oggy will focus on games, publishing, gifting and apparel, among others.